His work as a low country artist is...in my humble opinion, second to none. I first began seeing Billy's art via social network media a couple of years ago. To say the least, I was more than just a little intrigued. I will attempt later in this article to give my impression of some of his work. However, keep in mind, I am not an art critic, and to be quite honest, much of Billy's work leaves me somewhat speechless. All of his work invokes a desire to want to see more. Selecting which pieces to feature in this article became much more of a daunting task than I had at first anticipated. These are just a few of what I would call my favorite Billy Wilkie paintings. 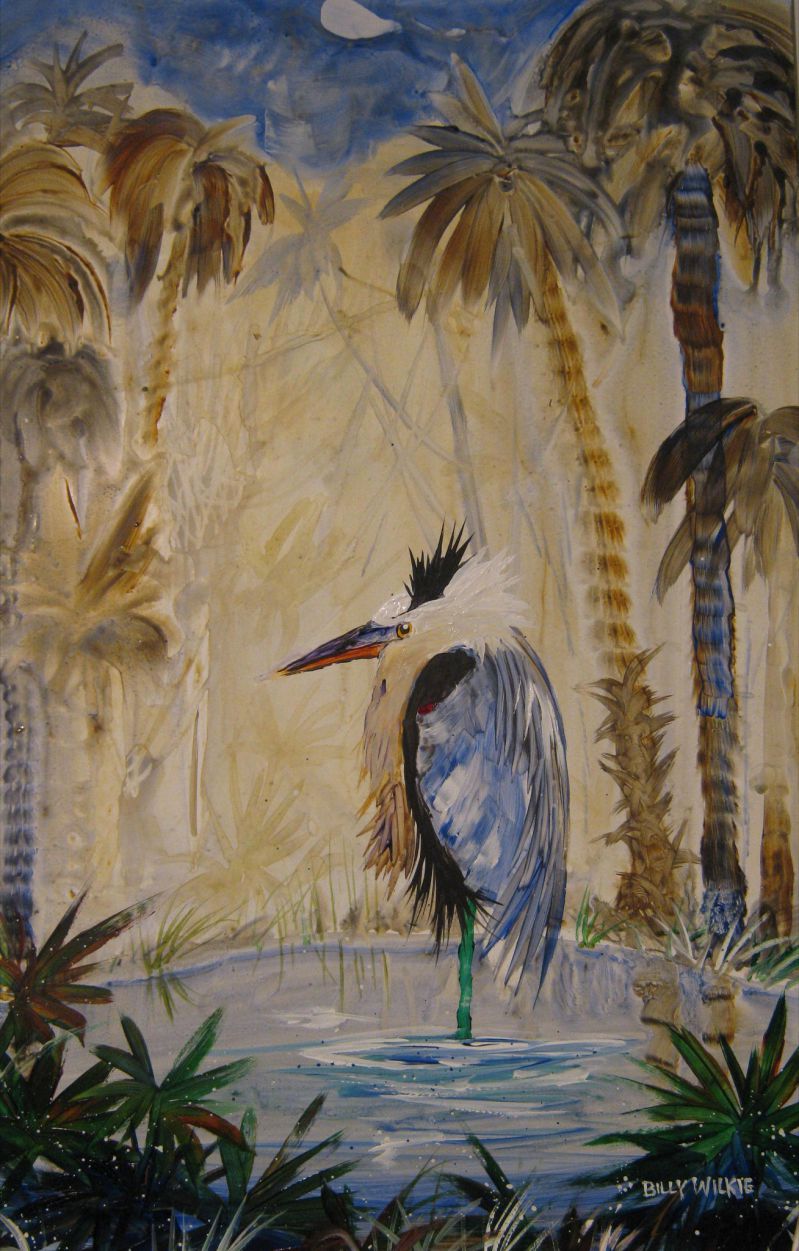 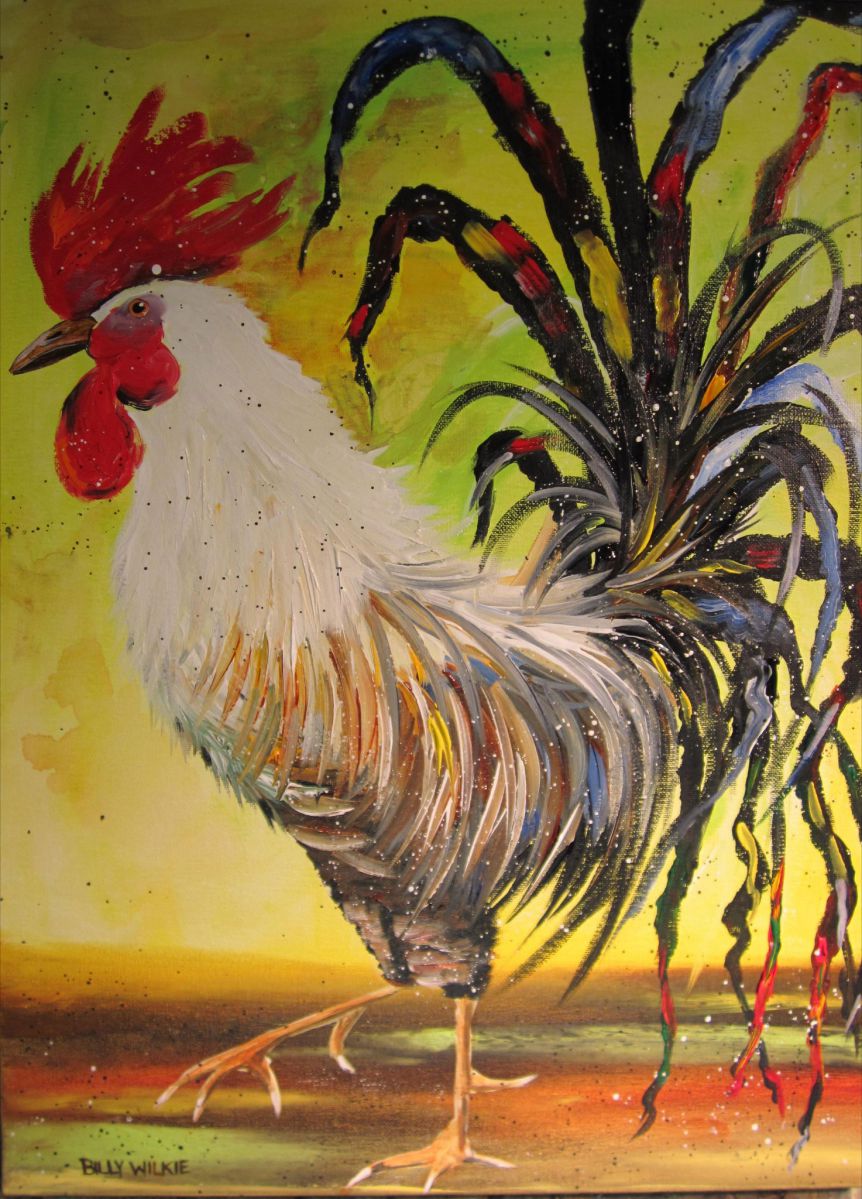 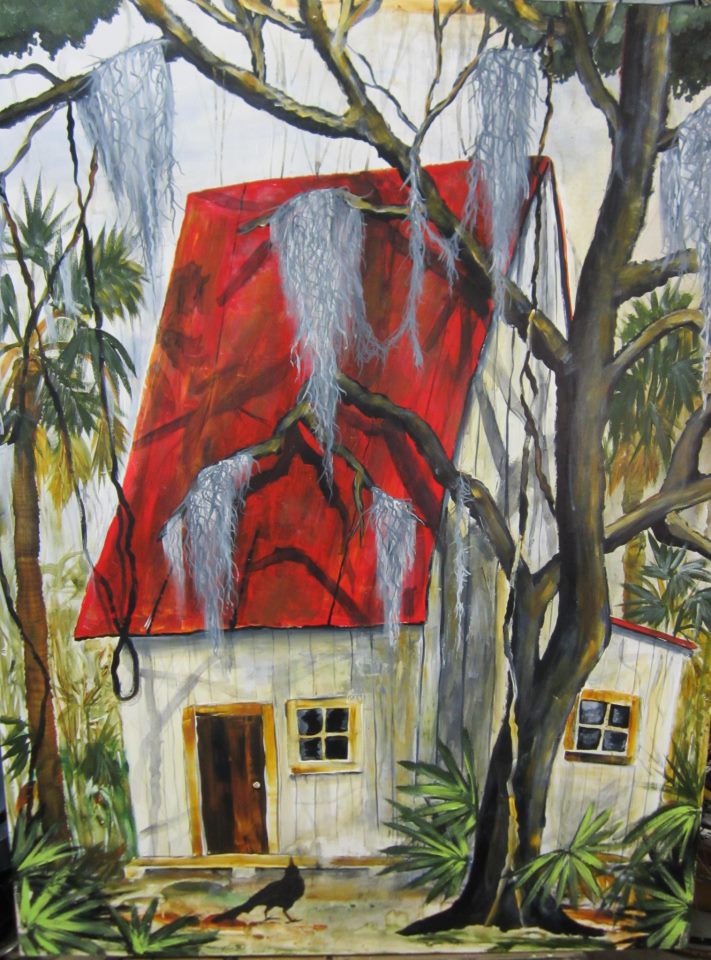 So now you may be wondering, who is this Low Country artist and where did he come from? Billy Wilkie is a self-taught artist that grew up right here in the Low Country area. I'm proud to say, that I've personally known him for well over forty years. We attended the same grammar, middle, and high school. Of course like so many others, after high school, I left the area and lost touch with pretty much... everyone. Only recently via social networking media have I begun to re-establish my connections with past friends and acquaintances.

Back in the day, as students within the Summerville school system, my recollection of Billy Wilkie is not that of someone known to be associated with art. I only bring that up because the truth is; only the current is what matters now. I look at these paintings and all I can say is, "Billy this stuff is AWESOME! and thanks for your willingness to share it."

I first met Billy in the mid-1960s. The 60s and 70s in the South Carolina low country were....memorable times to say the least. The influence of growing up around this time period and locale can be seen in much of Billy's work. His depiction of an old small dwelling surrounded by majestic oaks draped with Spanish moss captures the essence of what many of us from the same time and locale are quite familiar. Seeing it now in Billy Wilkie's paintings causes me to reminisce of a time of wonderment from my past. A time that has somehow escaped me; leaving behind only distant memories of what once was. As I view one of Wilkie's Summer Sunset paintings, I can almost hear the lonely haunting call of the whippoorwill; and feel the balmy humid almost stifling heat, with the relief of only random intermittent breezes. Breezes which are just slightly cooler than the night air as they float across the water at the river's edge. My mind becomes overwhelmed by a flood of memories: hanging out at the Ashley River Bacon's Bridge (a highly favored swimming hole of the time); jumping out of the giant oak into the river behind King's Grant; the sand pit lakes out on Hwy 61; and the Low Country marshes that stretch from below Hilton Head Island south to well above Myrtle Beach north. 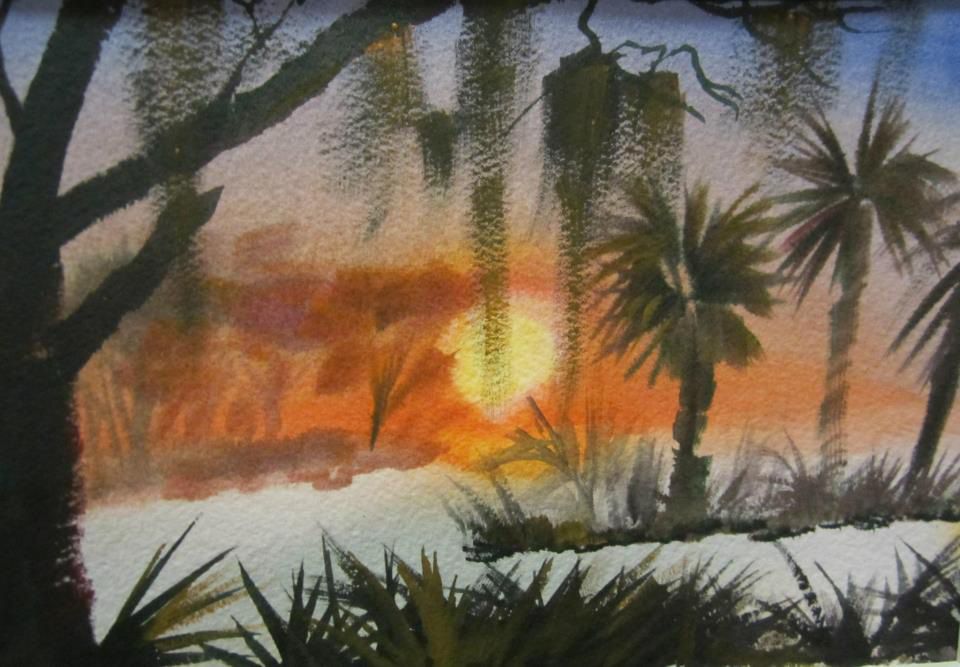 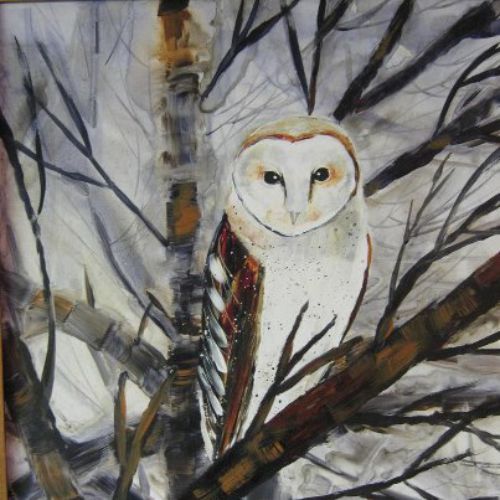