This past Wednesday morning, 10:00 AM at the Isle of Palms Charleston County Park, the South Carolina Aquarium along with the Sea turtle rescue team released three Sea Turtles back into the wild after they had been successfully rescued and rehabilitated: a Loggerhead; a Kemp's Ridley; and a Green.

The sixty pound juvenile Loggerhead, named "Splinter" was rescued in May of this year around Dewees Inlet, SC with a foreign object piercing his right rear flipper. The Loggerhead sea turtle is the largest of all hard-shell sea turtles. 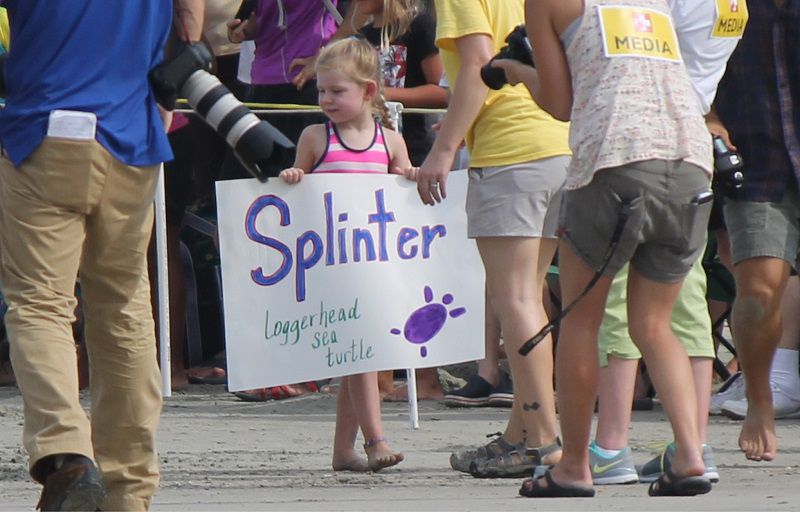 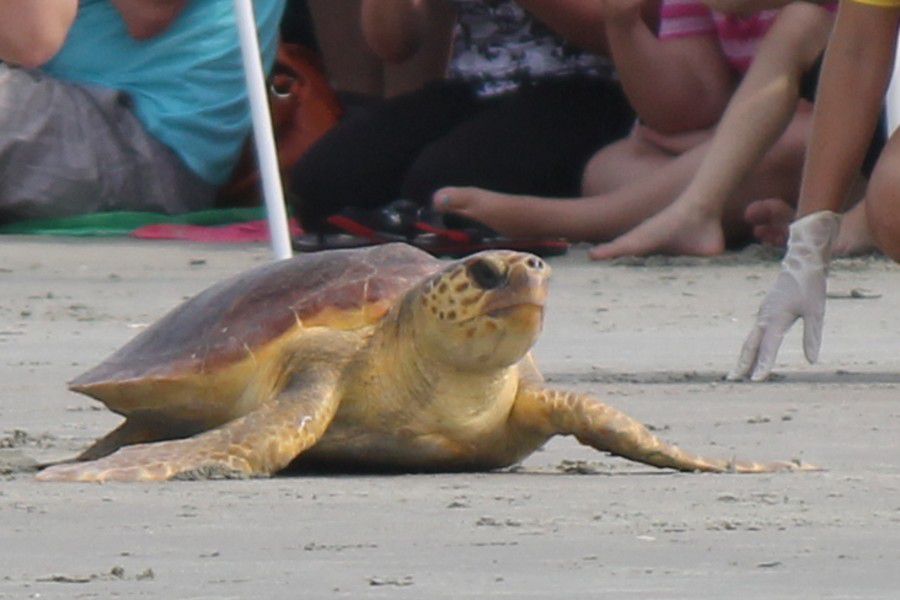 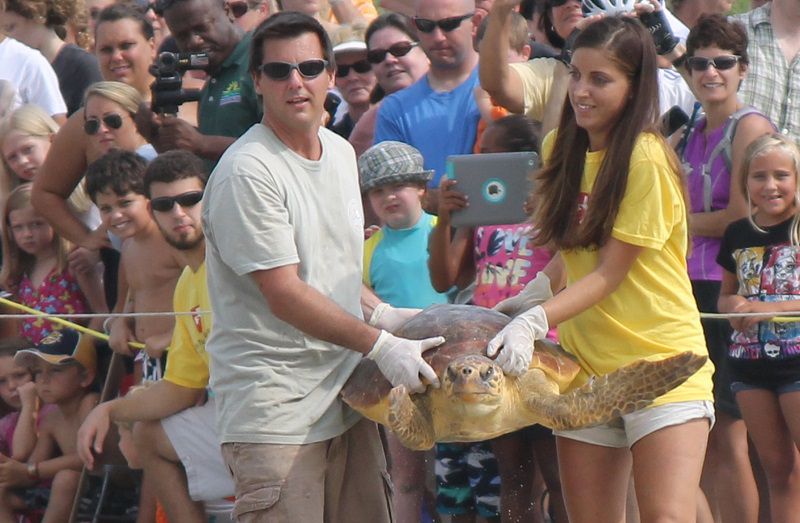 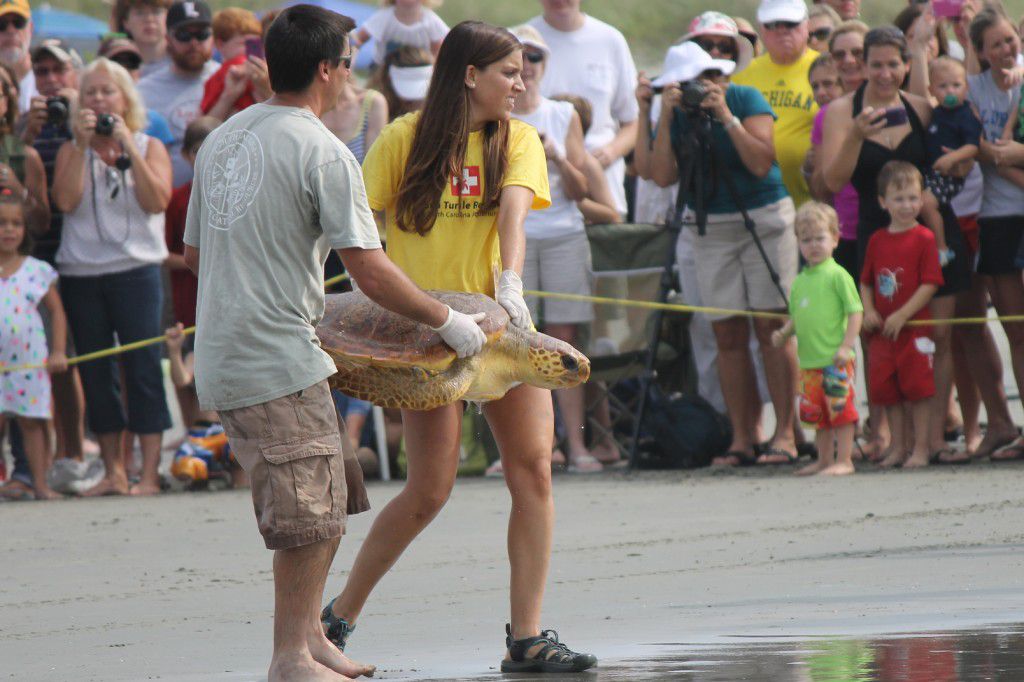 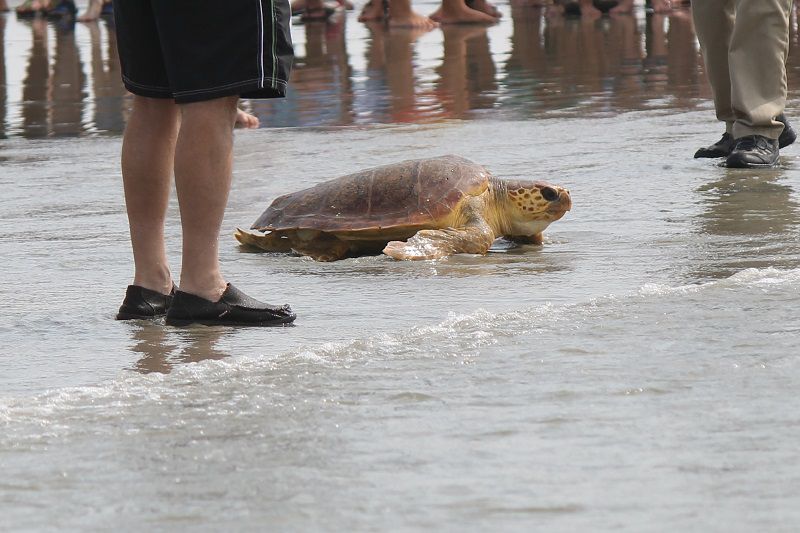 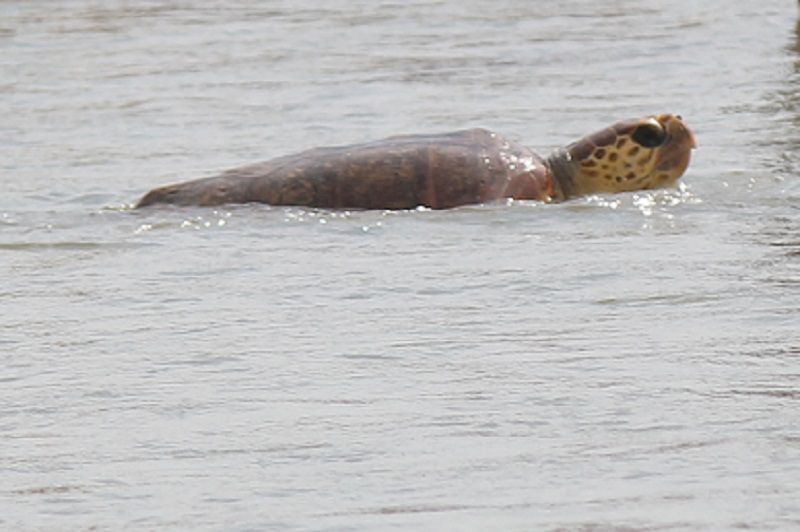 The eight pound juvenile Kemp's Ridley, named "Sutton" was transferred to the SC Aquarium Sea Turtle Hospital from the New England Aquarium in January of 2012. He was one of five they transferred, all of which were being treated for cold-stunned injuries. The Kemp's Ridley sea turtle is the smallest and most endangered of all sea turtles. 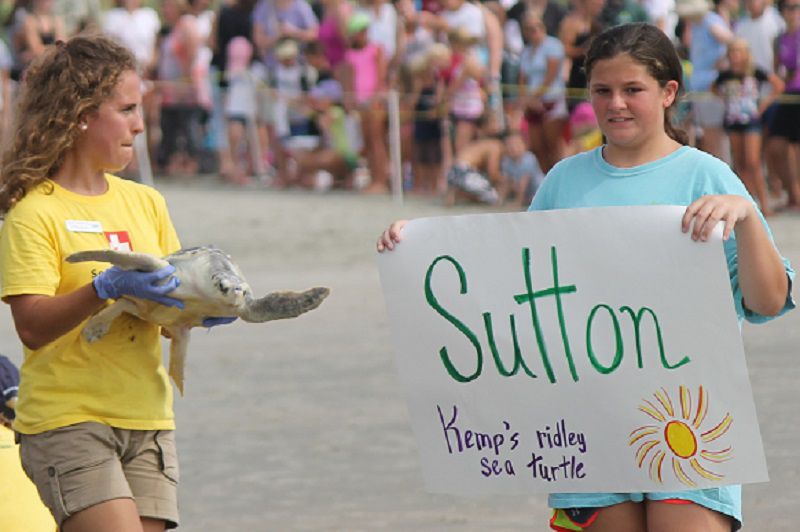 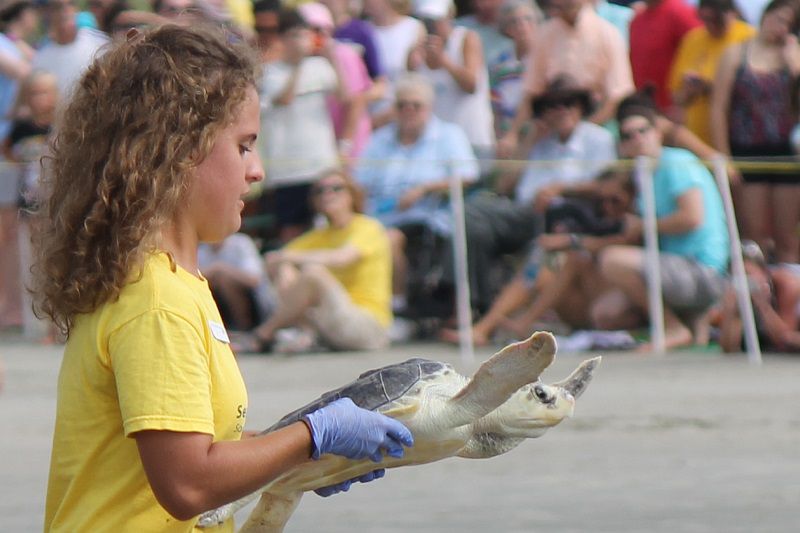 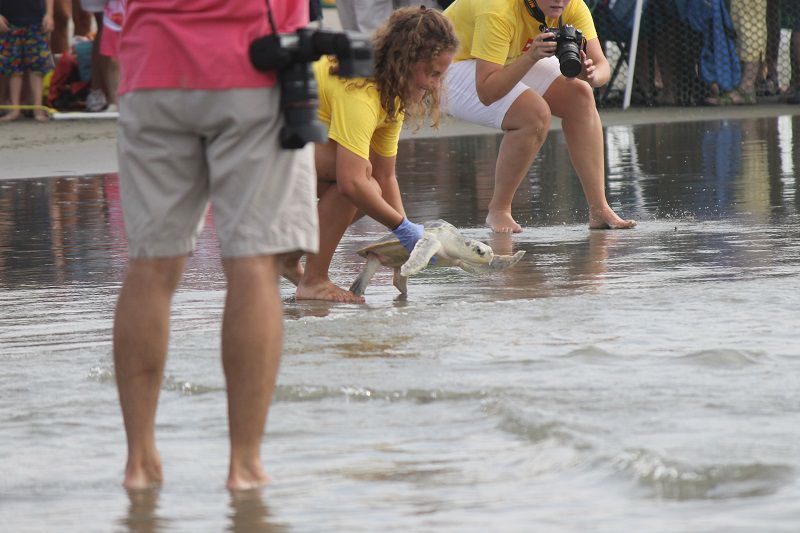 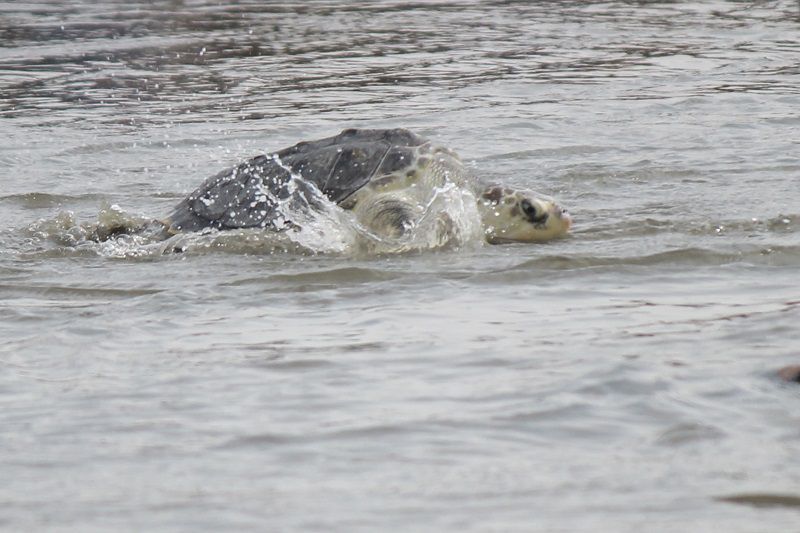 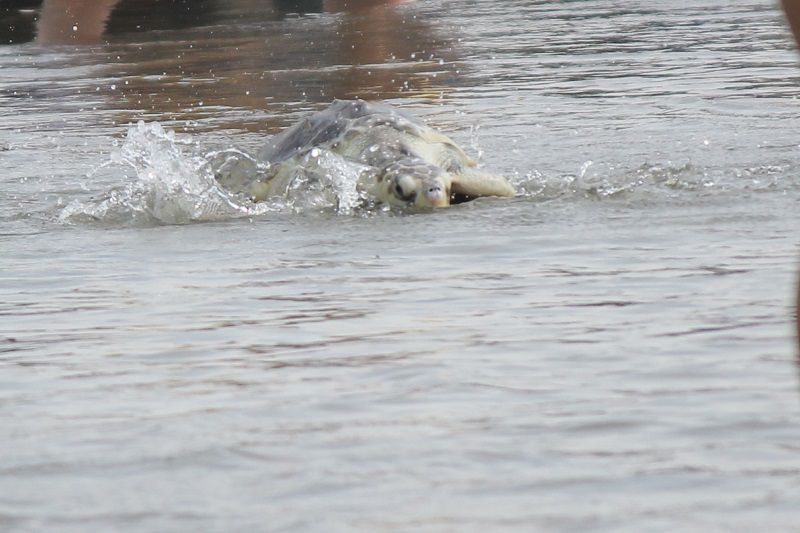 The eight pound Green, named "Raker" was rescued in April of this year by a crew of city beach workers in Myrtle Beach, SC. Raker was sick and suffering from a multitude of issues. The Green sea turtle is the largest sea turtle and has a lifespan of 80-100 years. 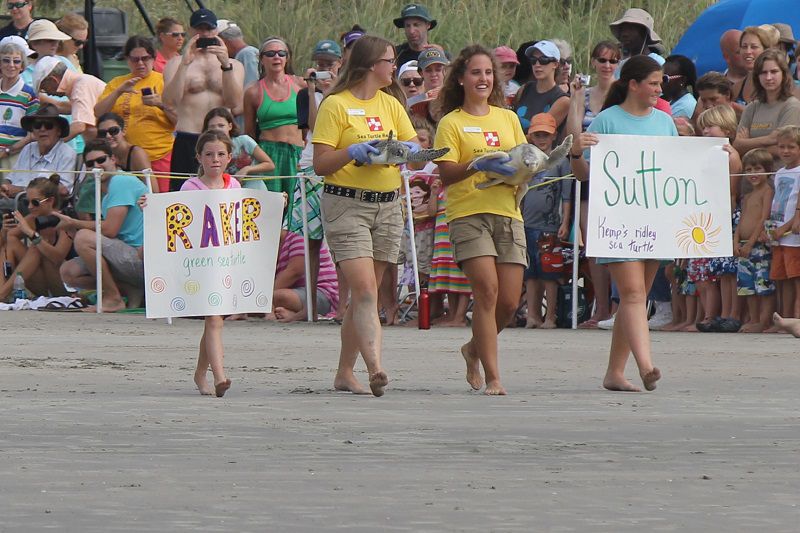 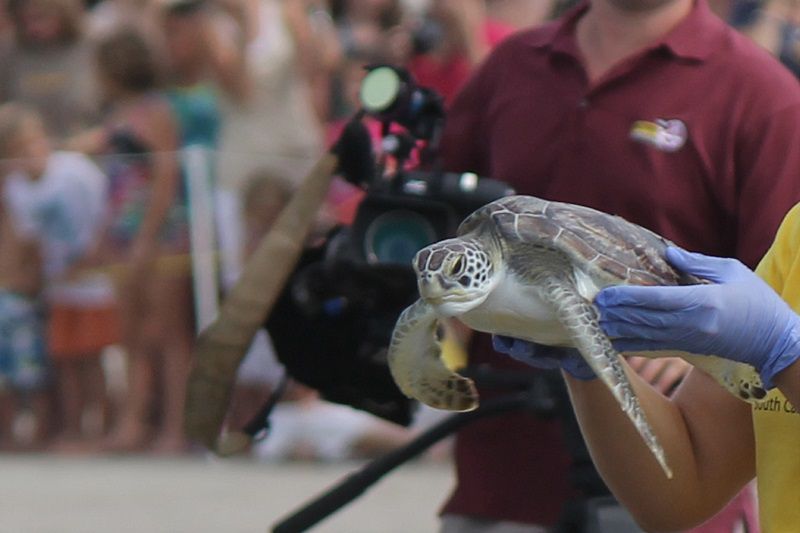 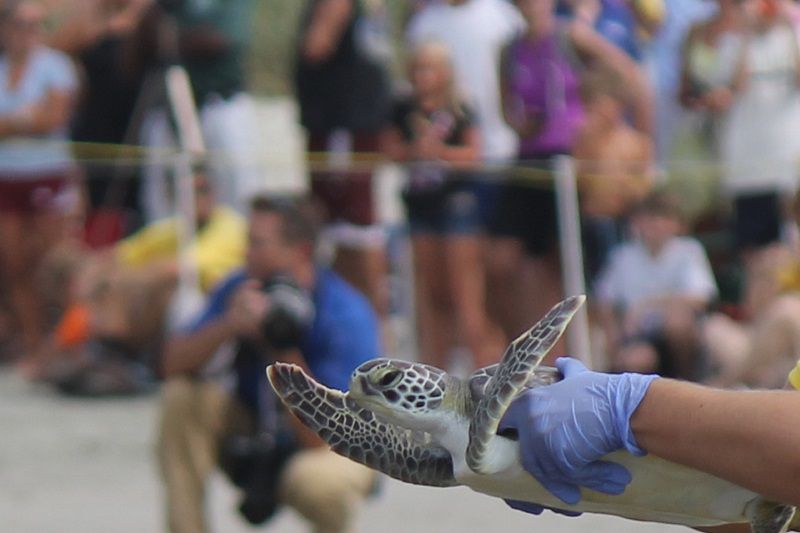 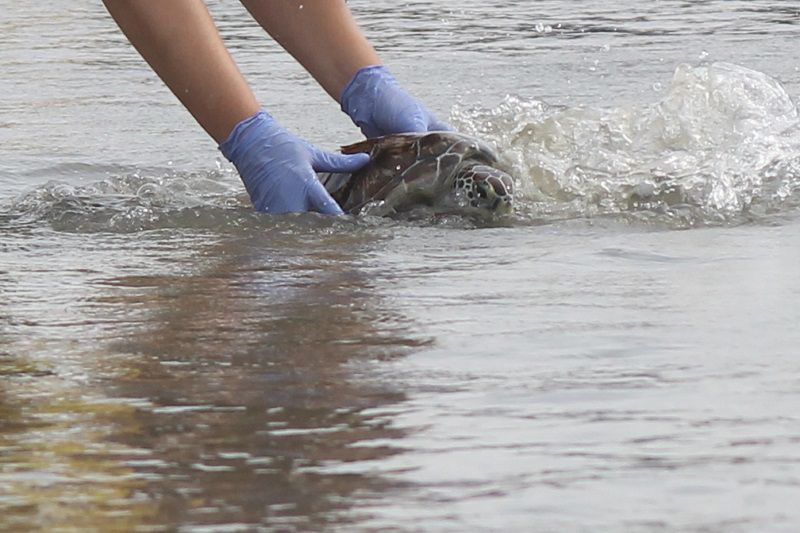 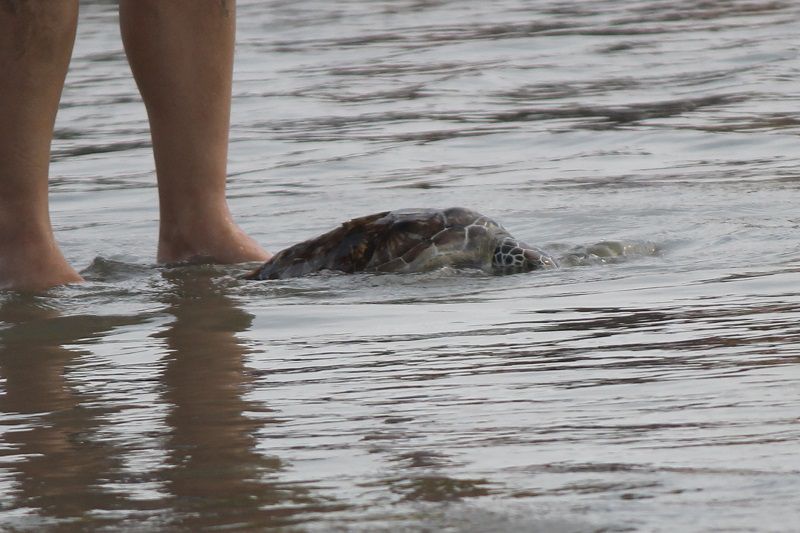 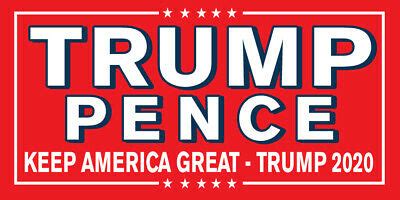 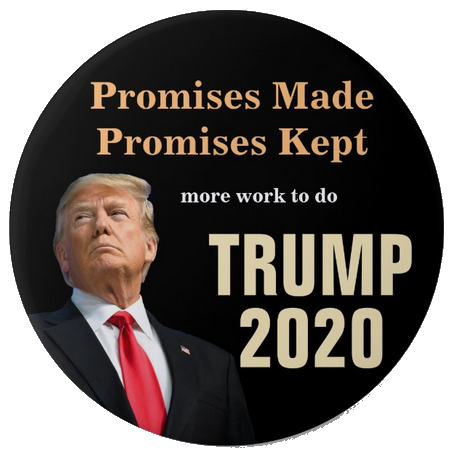