One song after another Bootless Band lived up to their reputation as being one of Charleston's premier and top-performing bands. With their own truly unique Southern Rock sound, their performance was one of skillful precision and ease. Through their music and stage presence, they displayed a seamless blend of both vocals and instruments. While they may have appeared to be just having fun, the level of musical expertise with which they performed every song was indicative of long rehearsal hours and a lot of hard work. No doubt that's what enabled them to perform in the fun and effortless manner that kept the Wingapalooza audience enthralled, entertained, and wanting more. 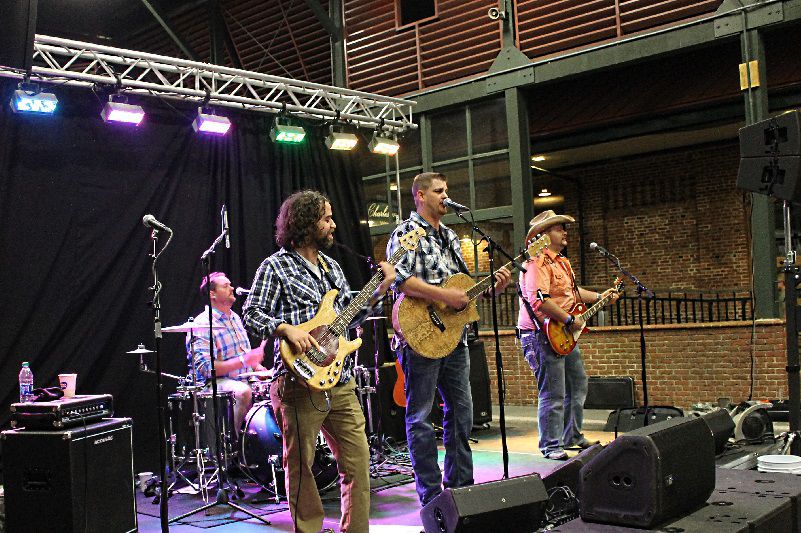 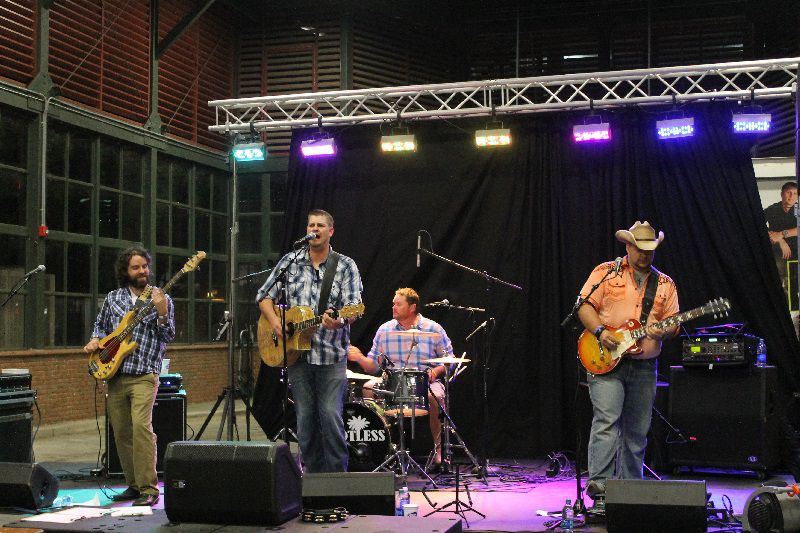 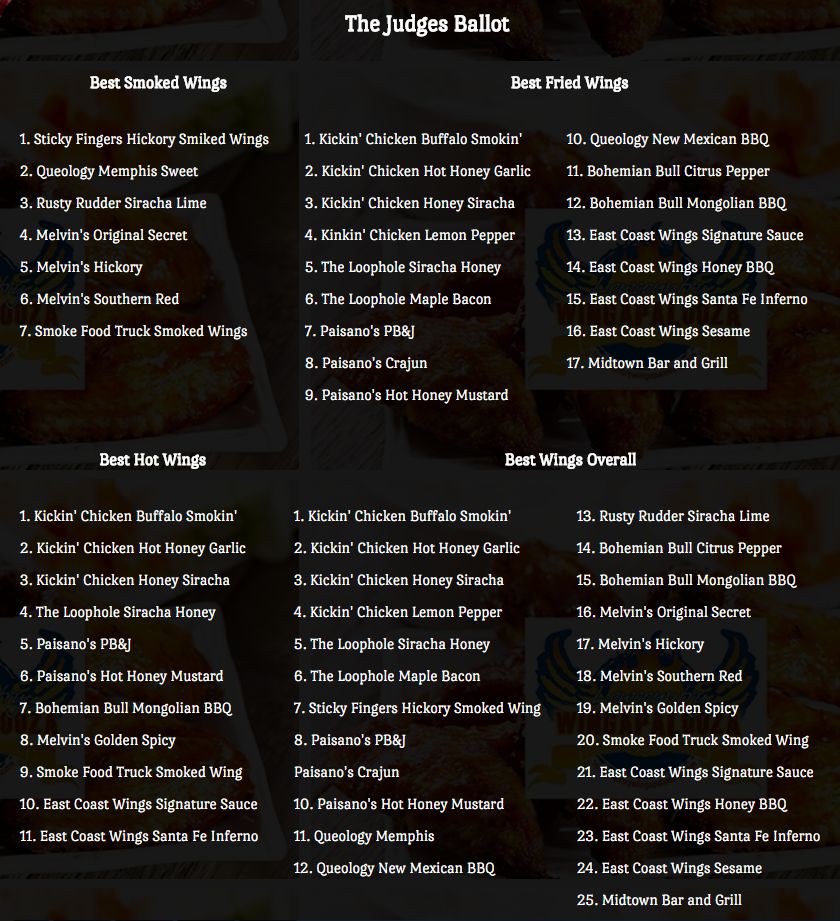 Wings being cooked up right there on location were from restaurants all over the Charleston and Lowcountry area : Sticky Fingers, Queology, Rusty Rudder, Melvin's, Smoke Food Truck, Kickin' Chicken, The Loophole, Paisano's, Bohemian Bull, East Coast Wings, Midtown Bar and Grill. I did my best to eat at least a couple of wings from each. Needless to say, I got full within a relatively short time.

Deciding which wings tasted best became an impossible task for me. I was genuinely surprised at just how many different flavors of wings there were. The most unique flavor as far as I was concerned had to be the PB&J with a grape jelly dipping sauce on the side, and to my amazement, I liked it enough to actually consider it one of my favorites. Some of the hot wings were so hot... well let's just say it was a good thing the drink vendors never ran out of drinks. All the wings tasted great, and astoundingly no two vendor's wings tasted the same. They were all unique and tasted great!

As I stated before, attempting to determine which wings were best became an impossible task for me to accomplish. There were, however, official judges there to make that determination in a variety of categories: Best Smoked Wings, Best Fried Wings, Best Hot Wings, and Best Wings Overall.

Wow! what a sight! It was fun to watch, and I was happy and content not to be one of the contestants. Some of the contestants looked as though they were beginning to experience a bit of pain. Sticky Fingers sponsored the contest, and if I'm not mistaken each contestant had 6 minutes to eat 20 wings. I couldn't believe it; one of the contestants was wearing a pressed white dress shirt with a tie. How he managed to keep the sauces from getting all over it is beyond me. A couple of the contestants shed their bibs and just wiped their hands and faces on their clothes. It was quite a sight.

Cruise Chevrolet gave away a new 2015 Chevy Camaro to the person that could stay on the mechanical bull the longest. Even though they had air-filled rubber safety bumpers and floor. I decided it was in my best interest to leave that particular event/contest to some of the younger folks. But just like the wing eating contest, it was fun to watch 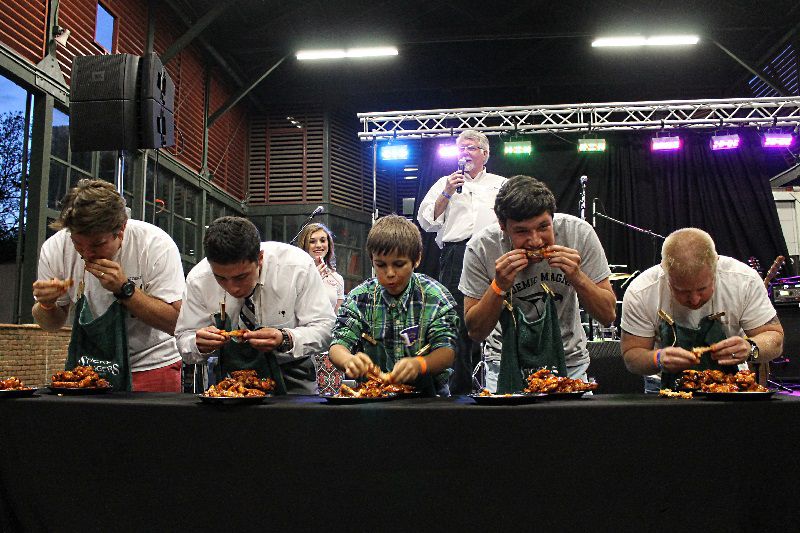 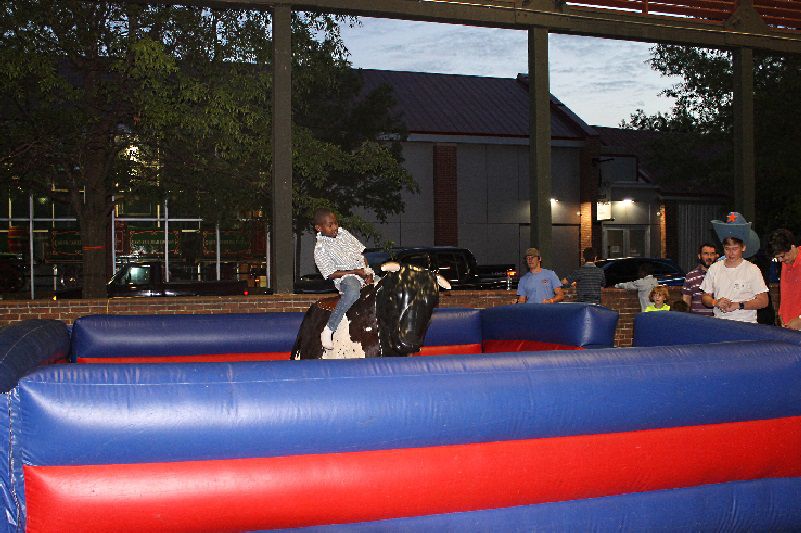 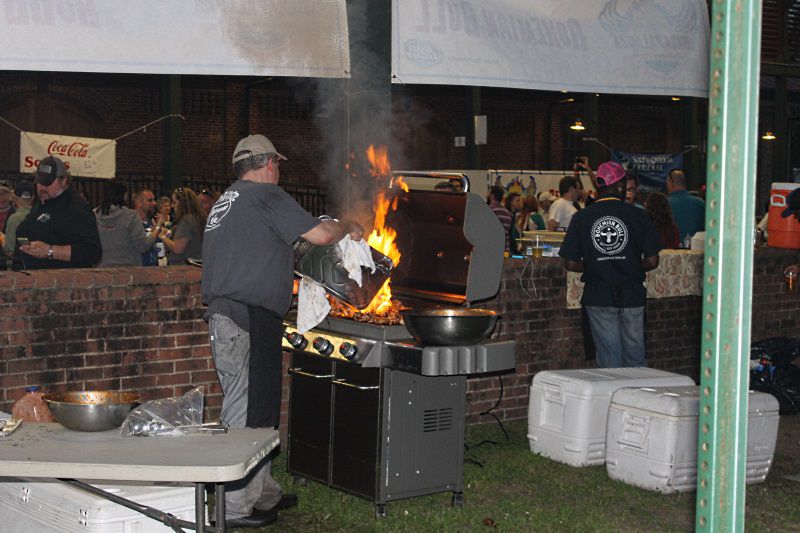 All For Eagle Harbor Ranch

100% of all proceeds from Wingapalooza '15 were donated to Eagle Harbor Ranch, a place of refuge and shelter for children ages 4 to 21 who are orphaned, neglected, abused and abandoned. Their desire is to empower each child to rise above their past through love, structure and an opportunity to succeed in life.

An undertaking of this magnitude requires the efforts of more than just the Eagle Harbor Ranch staff and volunteers. The efforts and donations of the entire Charleston and Lowcountry community are needed. The boys and young men residing at Eagle Harbor are deserving of our community to give it our all toward their continued success and well-being.

A shout out of Thanks to Eagle Harbor Ranch - We are grateful for all that you have achieved, and will continue to achieve for many years to come. Thank you for all that you do! Also, a shout out of Thanks to South Carolina Credit Union, The primary sponsor of Wingapalooza '15, as well as all the sponsors that contributed toward making Wingapalooza '15 such a huge success.