Town Halls of Summerville - Full of Character and Prominence

Throughout Summerville's history there have been 4 town halls to include the current one. These town halls have provided much more than simply a place for the Mayor's office, City Council, and the Chamber of Commerce. They have also provided a venue for a variety of assemblies, parties, dances, and commemorations. 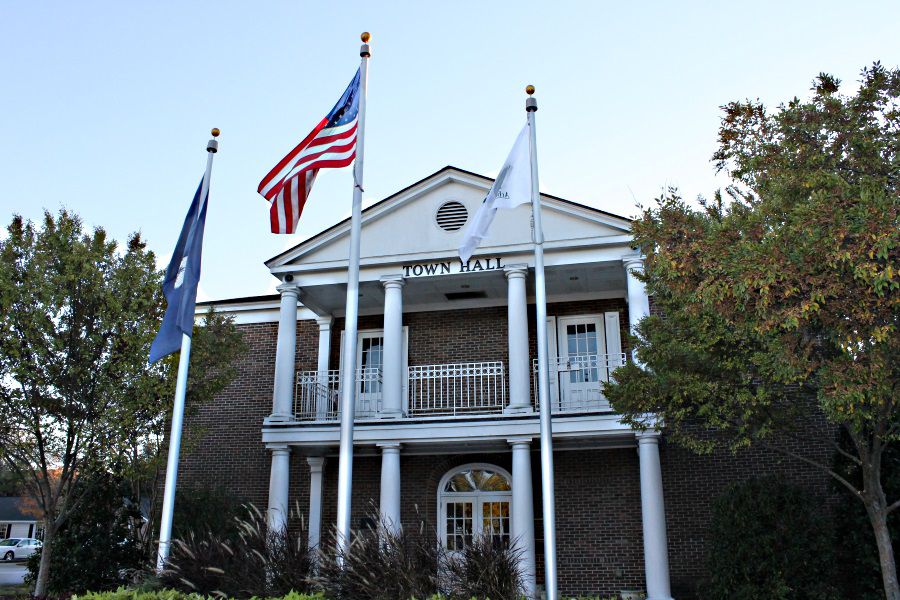 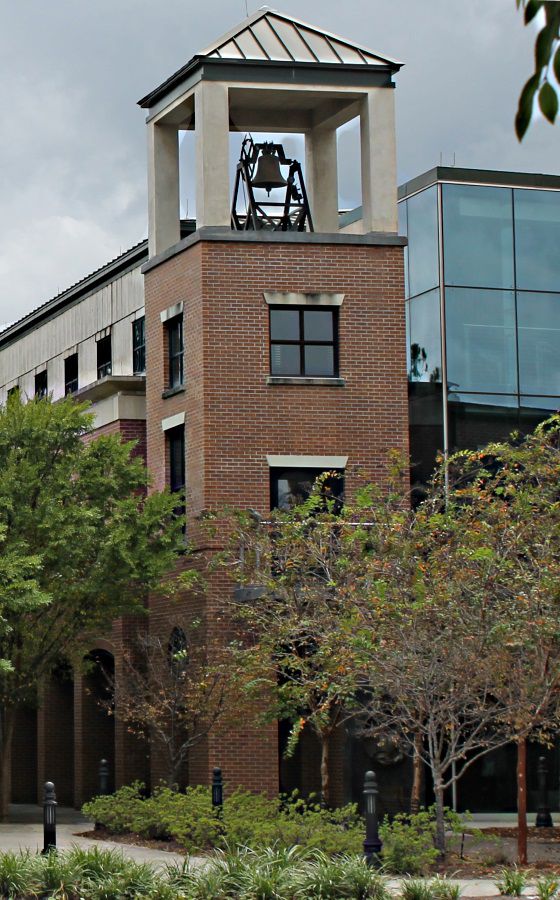 1965 to present day - Summerville's current town hall was built on the same spot as the preceding town hall, Town Hall Number 3. The adjoining Bell Tower, Administrative Offices, and parking garage were added in 2007. The current bell tower is reminiscent of the bell tower belonging to Town Hall number 3. However, contrary to a popular belief, the bell in the current bell tower did not come from its predecessor. The current bell is set to ring every hour on the hour the number of times corresponding with the time of day. The current town hall has served Summerville for nearly 50 years and counting. All indications are that it will remain in service for quite some time. 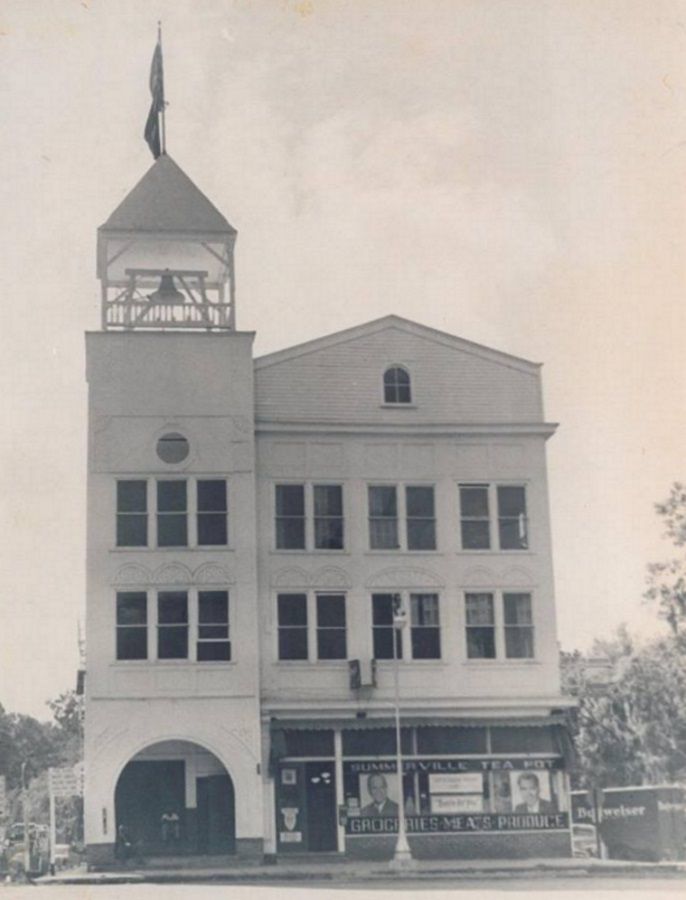 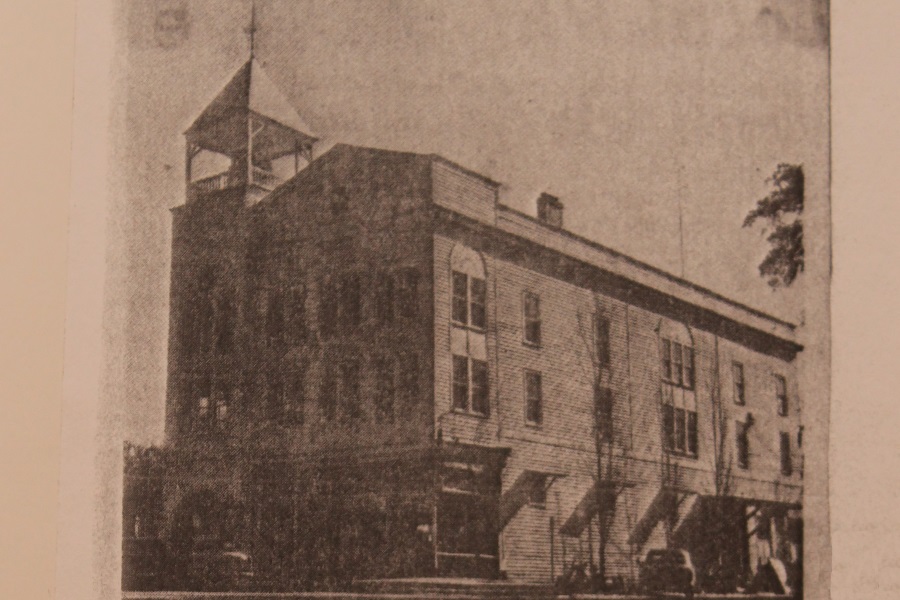 1892 to 1965 - The town hall that preceded the current one was four stories with the bell tower. The third floor housed a multi-purpose room/auditorium where dances, plays, parties, and even high school graduations took place. The first floor housed a high-end grocery store named the "Tea Pot". The bell tower during WWII was designated as a look-out post. Silhouettes were pinned up and/or drawn on the interior walls, enabling volunteer look-outs to easily identify enemy aircraft. Of the four town halls (to include the current one) this one served the longest and most likely has the most colorful past. 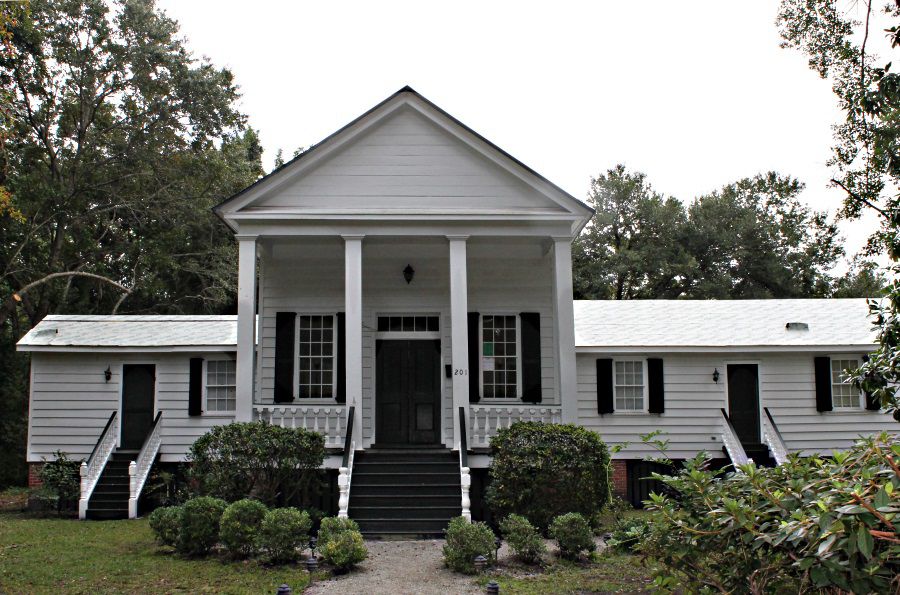 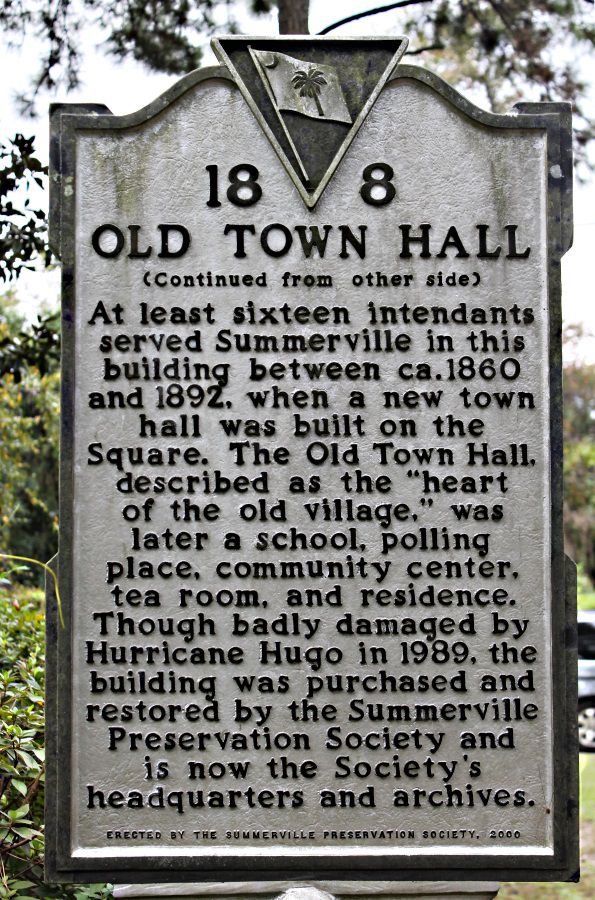 1860 to 1892 - Referred to as "The Old Town Hall" Summerville's second town hall still stands at the corner of Congress St. and Carolina Ave. Erected in 1860; it endured the civil war from beginning to end, as well as the earthquake of 1886 that devastated the entire Lowcountry. After town hall number 3 was erected at the corner of S Main and W Richardson, this "old town hall" building was utilized as a school, polling place, community center, tea room, and a residence for a while. Finally, the Summerville Preservation Society purchased it, making it their headquarters where they hold meetings on the third Thursday of the month.

1840 to 1860 - Summerville's first town hall was located near the intersection of Carolina and Central Avenues less than a half mile from the second one. It's believed that fire destroyed this town hall, resulting in the construction of town hall number 2. Unfortunately, beyond knowing of its existence I have been unable to obtain much more detail than the fact that it too was the central focal point of the early Summerville residence; where dances, parties, and other social gatherings took place quite frequently. 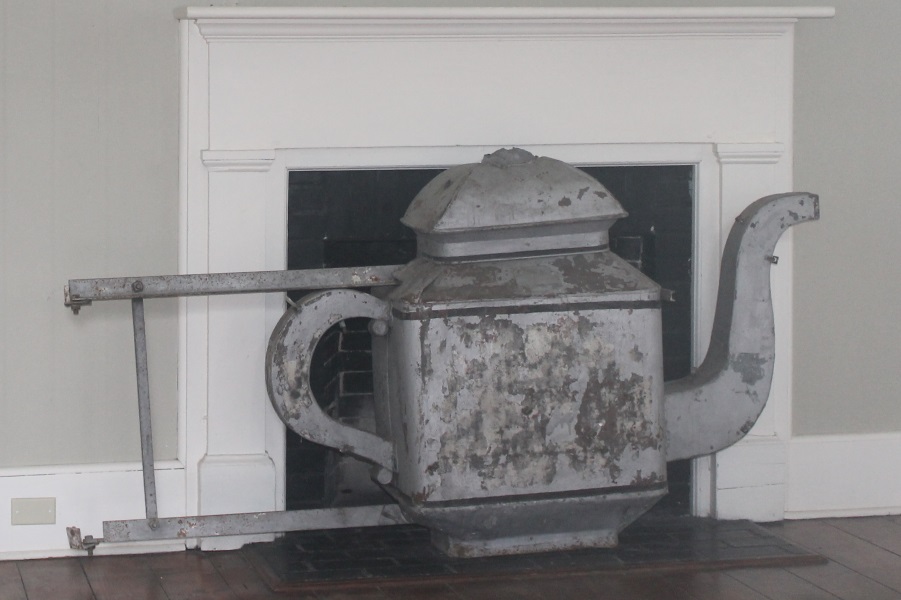 Until the age of 10, I lived only a couple of blocks away from the Old Town Hall - Town Hall Number 2. By that time, it was being utilized as a residence. There was another old two-story frame building on the corner of Congress Street and Hansberry Lane that appeared to have been built in the late 18 to early 19 hundreds. From what I recall back then many of us thought that was "The Old Town Hall". It was eventually demolished in the mid-1960's. From my very youthful years, I actually have some vague memories of that old 4 story frame building with its bell tower at the corner of W Richardson and S Main - Town Hall Number 3. The big faux Tea Pot that was the trademark of the Tea Pot Grocery Store on the bottom floor is still around; inside the Summerville Preservation Society's headquarters - Town Hall Number 2.