A Notable Person of Influence

A Virtual Walking Tour Part 3 will pick up where A Virtual Walking Tour Part 2 concluded - Timrod Library. From the front of Timrod directly across the Street (Central Avenue) is the Episcopal Church of the Epiphany. Our first point of interest is outside the church. On the church grounds stands a monument that honors a woman of Summerville's history whose contributions have had a profound effect on the SC Lowcountry area. Catherine "Kitty" Springs donated the land on which this church sits, and contributed toward its construction in 1887.

Kitty Springs was a descendant of native Lowcountry Indians, African Americans, and Whites. During a time when women, (and I venture to say, especially multi-racial women) were strongly discouraged from entering into the business world, Catherine "Kitty" Smith Springs became quite the wealthy entrepreneur and philanthropist. Even to this day the memory of her life continues to inspire and enrich. Just a few of the organizations that benefited from her benevolence: Dorchester County Hospital, Alston School, Summerville Post Office, Episcopal Church of the Epiphany, St. Barnabas Mission, and the list goes on... There will be more about Miss Kitty Springs in future articles.

Cross back over Central Avenue and head north toward the center of downtown Summerville. Go right on W Richardson, and follow it to Summerville's Town Hall at the corner of W Richardson and S Main. From 1840 to present day there have been 4 town halls in Summerville. Summerville's current town hall was built in 1965 on the same spot as the town hall preceding it. The adjacent Bell Tower, Parking Garage, and Administrative Offices are additions that were added in 2007. The bell in this bell tower is reminiscent of the one that was in the bell tower of the preceding town hall. The current town hall has served Summerville for nearly 50 years. All indications are that it will remain in service for quite some time. To learn more about all 4 of Summerville's town halls follow this link [Summerville Town Halls]

At the rear of the town hall every Saturday through 20 December "The Summerville Farmers' Market" is in full operation from 8am to 1pm. As a nice perk currently all visitors to the farmers' market are authorized free parking in the parking garage adjacent to the town hall. Local farmers and vendors from all over the SC Lowcountry offer the freshest produce, the best tasting baked goods, fresh ground grits, Coffee beans roasted right here in Summerville, crafts, live music, all in an atmosphere of discovery and conviviality. It's great family fun and truly an enjoyable time. It also provides the perfect setting for getting to know the local farmers and market vendors, as well as the care they've invested in their products. It's a wonderful thing to be able to purchase goods from folks that take pride in their craft.

Exit the farmers' market via the courtyard between the town hall and the bell tower. Now cross over W Richardson using the crosswalk to Guerin's Pharmacy - oldest operating pharmacy in South Carolina; operating as an independent pharmacy since 1871. Fully equipped with a caring pharmacist, soda-fountain, and refrigerated chocolate display case, this little drug store has been bringing health and happiness to the residents of Summerville and the SC Lowcountry area for over 140 years. Frequently in the late afternoon, after the schools let out, you may see dozens of school-aged kids taking advantage of the soda fountain and candy counter, and Guerin's staff happily and professionally serving their young patrons. Guerin's Pharmacy - there's no other place quite like it.

Across from the front of Guerin's Pharmacy is Hutchinson Square, named after Summerville's first intendant (mayor), Edward L. Hutchinson. The square and the third town hall were both constructed in 1892. Some of the original live oaks that were planted back then grew to such an enormous magnitude that there was very little room for anything else. As a result, several of them were removed in the 1970's; making way for seasonal exhibitions, art shows, and other festive events. To the south of the square is West Richardson Ave. and a little further south and west is Short Central which runs between W Richardson Ave. and West 2nd South Street close to where it intersects with Central Ave. To the north, there's Doty Avenue which runs parallel to the train tracks. The shops and restaurants that have lined these streets throughout the towns history have always been a central part of Summerville's charm and historic downtown atmosphere. Touring, shopping, and dining in around the shops and restaurants here are always filled with enlightening exploration and fun times. With Christmas just around the corner, the square is now lit up like a winter wonderland; and the businesses in and around this area are in full swing; serving their customers with that Summerville downtown hospitable flare that can hardly be found anywhere else.

Next stop on this virtual walking tour is across from Guerin's Pharmacy on the other side of Hutchinson Square and across S Main Street - the old Summerville Theater. Sidney and Morris Legendre, brothers and co-owners of a chain of Southern theaters with its headquarters in Summerville, opened the Summerville theater on the corner of S Main and E Richardson in 1935. While on an expedition Sidney, who was also the leader of The American Museum of Natural History, became acquainted with and married Gertrude Sanford - an avid big game hunter, world traveler, and contributor of rare animal specimens to the Peabody Museum and the Smithsonian Institute. The Summerville theater was most likely the only theater in the country with mounted heads of big game from around the globe displayed on its walls - some of Gertrude's own collection from her hunts.

With the advent of the television, small hometown theaters became less and less popular. By the mid-1960s, the Summerville theater at S Main and E Richardson closed its doors for the last time as a movie theater. It was reopened as a live theater playhouse by the Flowertown Players in 1976. Unfortunately, the building was in desperate need of repairs and maintenance. It was deemed unsafe and closed again in 1983. Refusing to be dissuaded, the Flowertown Players raised the necessary funds and purchased the theater. After repairs, renovations, and proper maintenance, the doors to the Summerville theater reopened once again in 1986. For the past 28 years and counting, the venue created by the Flowertown Players in the old Summerville theater has provided the residents of this area with a unique and historic setting for live plays and performances.

As you exit the theater, turn right and walk north to the corner of S Main and Doty Avenue; turn right, and just a little ways up and on the right is the final point of interest on Summerville A Virtual Walking Tour Part 3 - the   Summerville/Dorchester Museum. While groups such as the Summerville Preservation Society have been around in Summerville since the early 1900's,  the   Summerville/Dorchester Museum  is relatively new on the scene. Housed in the building commonly known as the "Old Summerville Police station", the museum here on Doty Avenue first opened its doors to the public in 1992. It's full of historic artifacts, as well as pictures and accounts of significant historic events that have taken place in the Summerville and surrounding Dorchester County area. On display in the front section of the building is most likely the largest display of pictures, accounts, and memorabilia of what many refer to as "Summerville's Golden Age". For history enthusiast, tourist, and/or anyone that may want to know more about Summerville, AKA "Flowertown In The Pines", the Summerville/Dorchester museum should be on the top of their list of places to visit.

At the conclusion of this virtual tour, I feel a need to convey that I have hit on only some of the highlights of the Summerville Downtown area. Consequently, there's more to come. Future articles will focus on specific businesses, locations, and influential people - Kitty Springs, Summerville's 4 town halls, Gertrude Sanford Legendre, Eva's Restaurant, Berlin G. Meyers, Barshay's Dept. Store, The Ice House, and more about Guerin's Pharmacy. 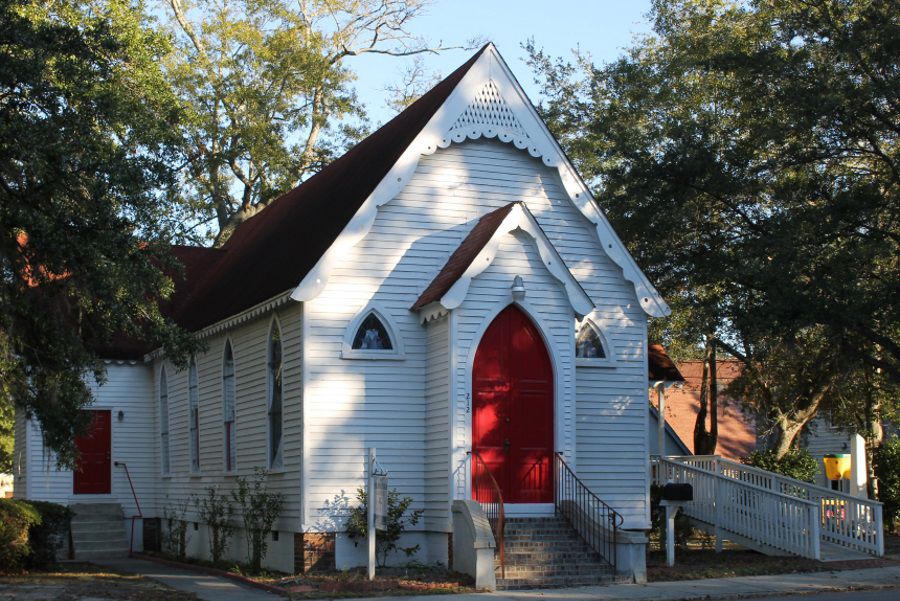 Church Of The Epiphany 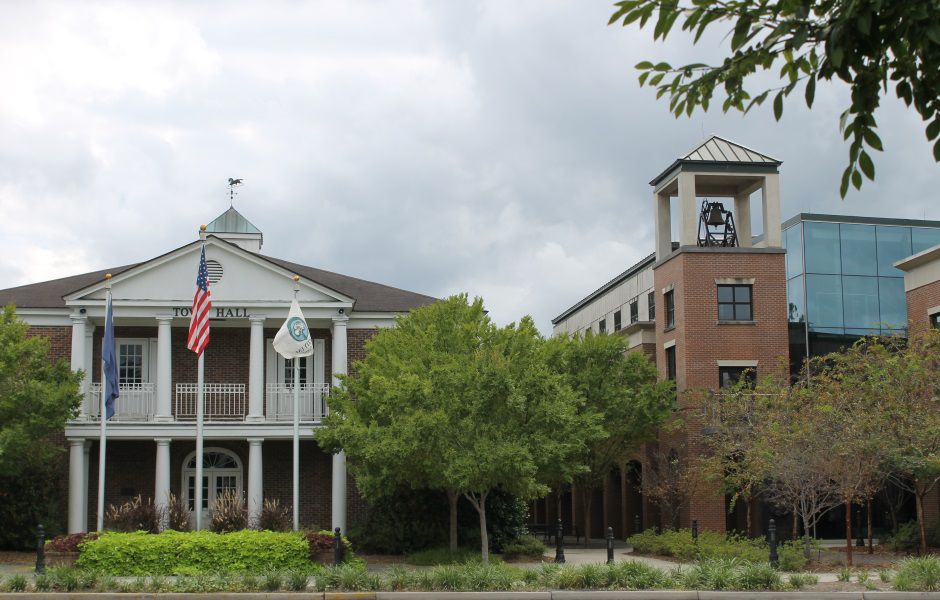 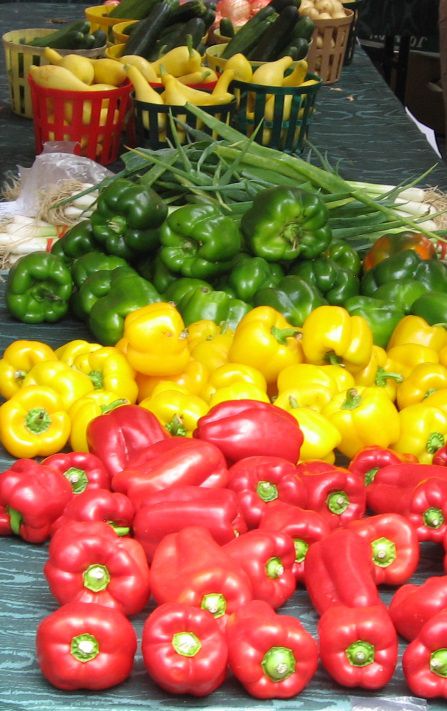 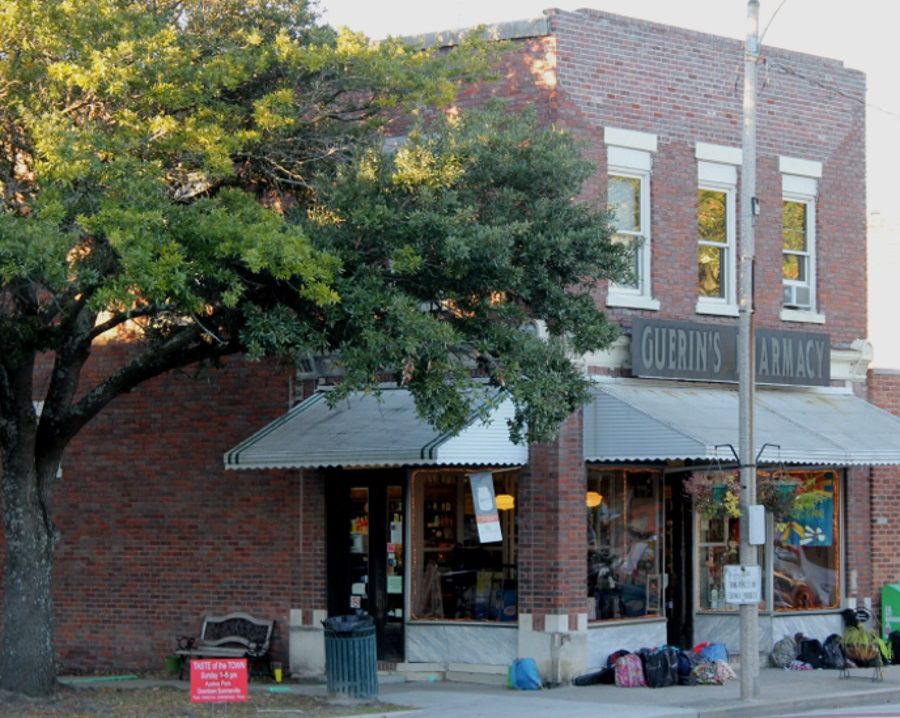 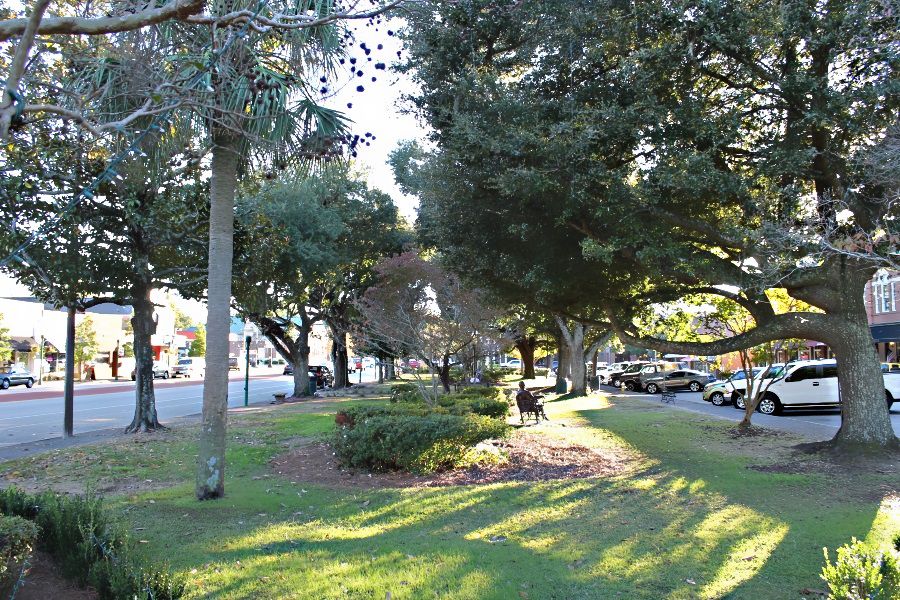 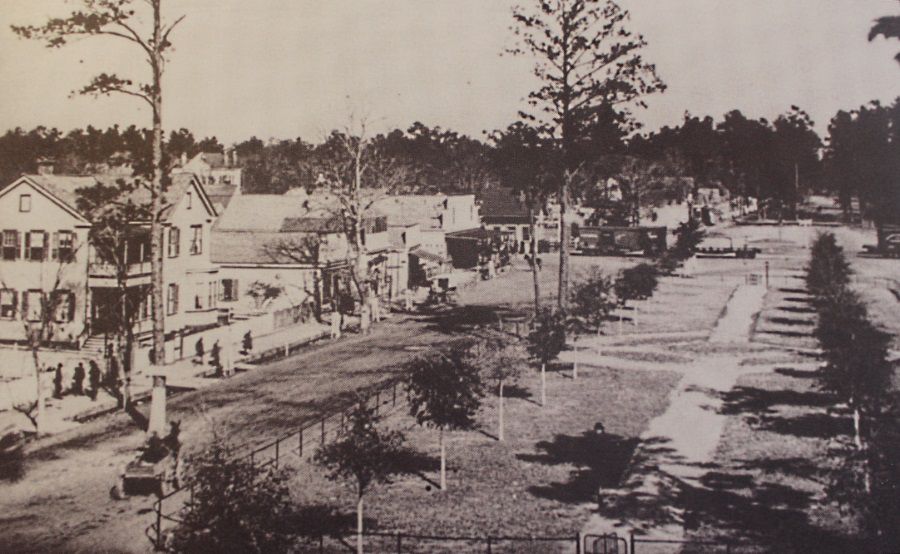 Hunchinson Square - Back In The Day 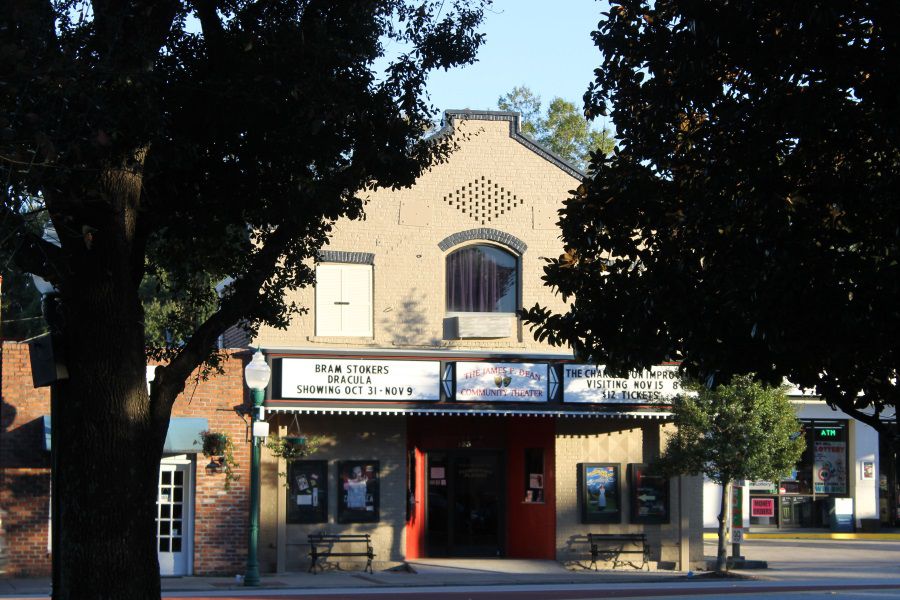 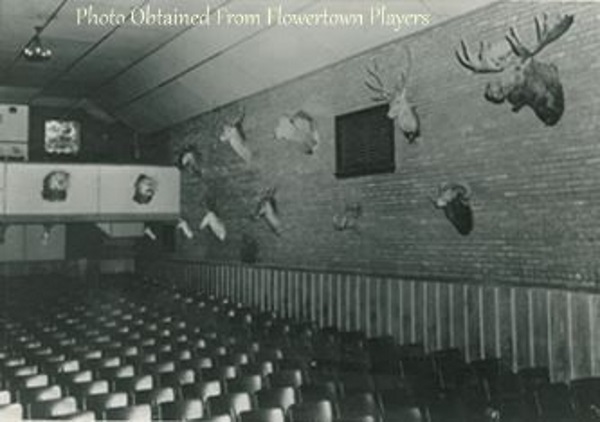 Summerville Theater Inside (decades ago) 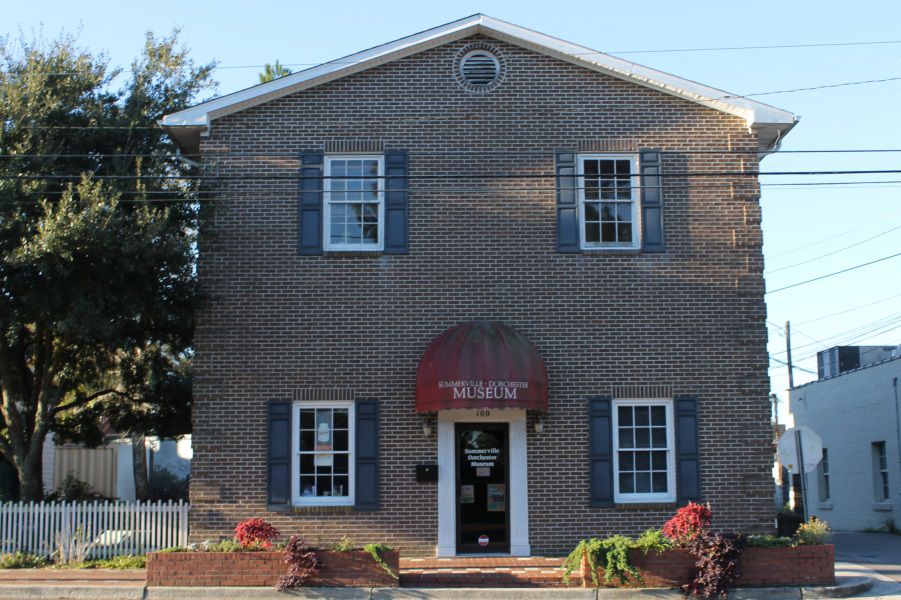