Summerville - A Virtual Walking Tour Part 1 concluded at the old gate posts of the once luxurious Pine Forest Inn. Moving on from there, part 2 begins at the intersection of Sumter Street and West Carolina Avenue. where another one of Summerville's famous Inns of the late 1800's stood and operated right up until the 1960's. After the depression of the 1930's followed by World War II, Summerville's notoriety as a health resort getaway for the world's rich and famous experienced an ever-growing gradual decline. The large extravagant Inns of yesteryear's hay-days began to struggle just to make ends meet. Consequently, two of the largest and most notable of those times, the Pine Forest, and Carolina Inns are now gone with hardly a remnant to remind us of times past.

Two of the Oldest Churches in Summerville

Across Carolina Avenue from Sumter Avenue between Gadsden Street and Waring Street is the Saint Paul's Episcopal Church. This structure is one of the oldest in Summerville. Constructed in 1857, St Paul's church has remained resilient through storms, the war between the states, and the earthquake of 1886. Many of the congregants of St. Paul's original congregation were from the St George's Parish at Dorchester on the Ashley River; it was destroyed by British troops in 1782. Later on this tour we'll be passing by another of Summerville's historic churches. The original Summerville Presbyterian Church was constructed in 1831. It's congregation's origins stem directly from the church at the old settlement of Dorchester on the Ashley River. Their original building was too badly damaged after the 1886 earthquake, and consequently construction of a new church building began in 1894. Their current place of worship was dedicated in 1895. 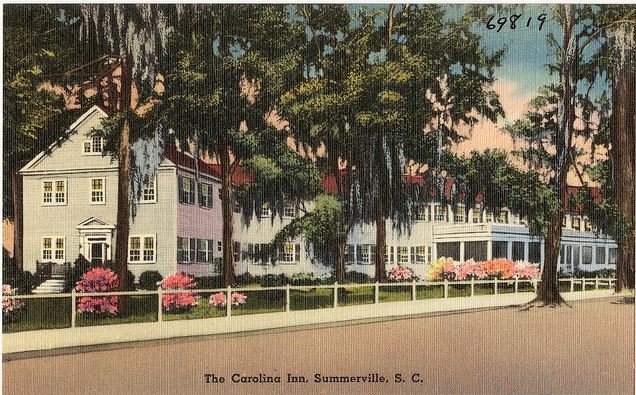 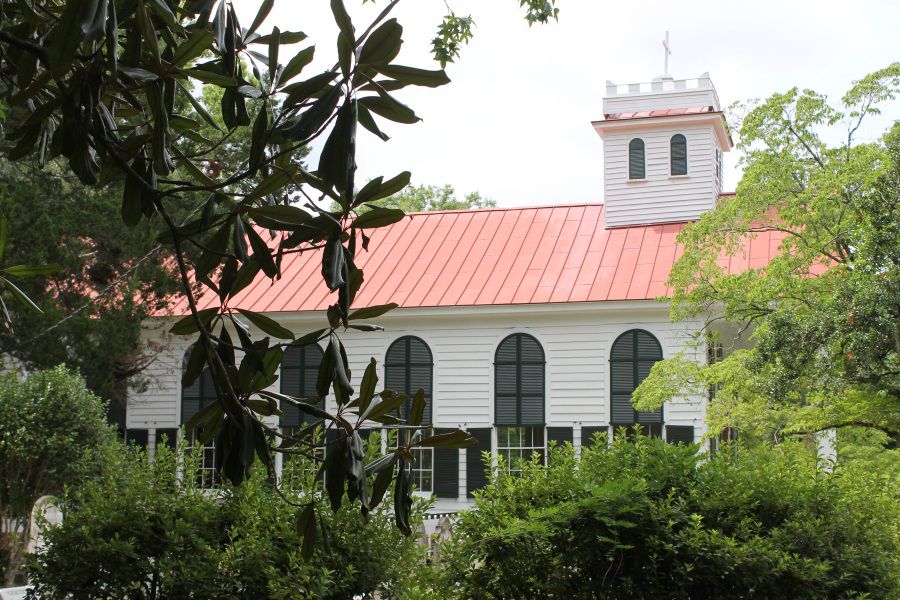 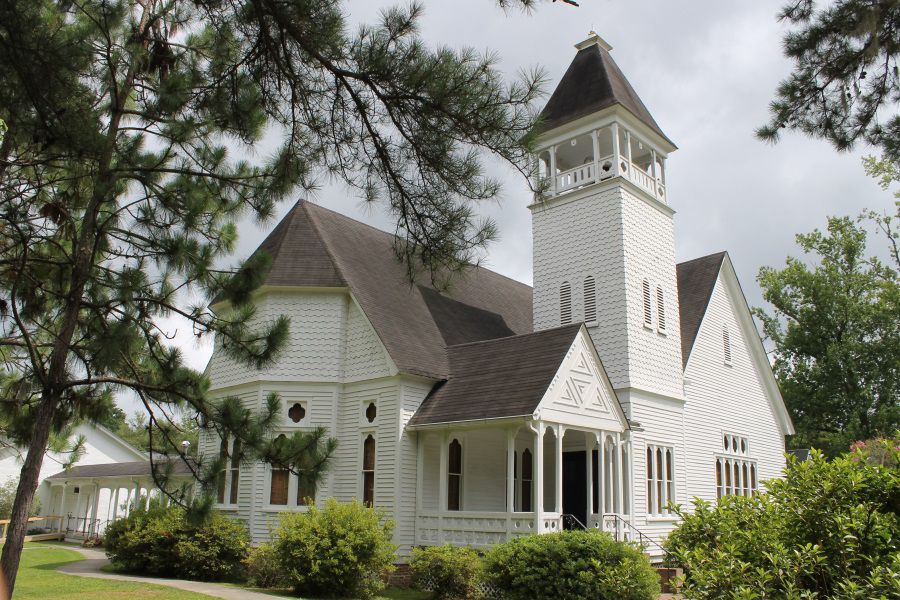 Now walking up Sumter Street past where the old Carolina Inn once stood, just a little ways further and on the left is a path. Kids of all ages from this area know it well as the "Playground Path" or "The Tunnel". The path provides a short-cut between Sumter Avenue and the Laurel Street Playground. The history of the path and the Laurel Street Playground goes back a ways. From 1906 to 1954 one of Summerville's earliest schools, the "Dorchester Free School" occupied the grounds here. This school actually originated during the 1700's at Dorchester on the Ashley when the early settlers to this area recognized a need for some type of education system. As residents of Dorchester on the Ashley migrated to the newly developing town of Summerville, they brought the school with them. The Dorchester Free School housed 1st - 11th grade until 1924 when the public education system erected a new high school building on Main Street (now Rollings School of the Arts). The school on Laurel Street was still in operation as an elementary school and maintained connections with the Summerville Public schools until 1954 when a new elementary school was built adjacent to the high school on Main Street across the street from Beasley Store at Hampton and Main Streets.

A very good friend of mine whose mother taught me in the third grade and her father was my principal when I was in the fifth grade; Marti Limehouse Hooten shared the following with me. Her parents attended the school on Laurel Street in the 1930's and 40's:

"Dad loved to tell the story of riding his horse to school there. He was thrown in front of St. Paul's and knocked unconscious. His horse went on to school without him! He ended up going to Atlanta to see a special dentist to replace the teeth he'd lost. He loved to talk about how he would ride a horse to school. Must have been 5th grade or higher. His brother, TC, found the horse & thought my dad had forgotten to tie him up."

I have always had the highest regard for Marti's parents. Her dad's story shows just how much times have changed. I can see her uncle TC shaking his head wondering why his brother didn't tie his horse up.

I'm not sure why the 2 story brick building with archways over the front doors on Laurel Street was eventually razed or exactly when. Now we only have memories of the old Dorchester Free School building. To see a picture of it: page 168 of the book "Beth's Pineland Village". 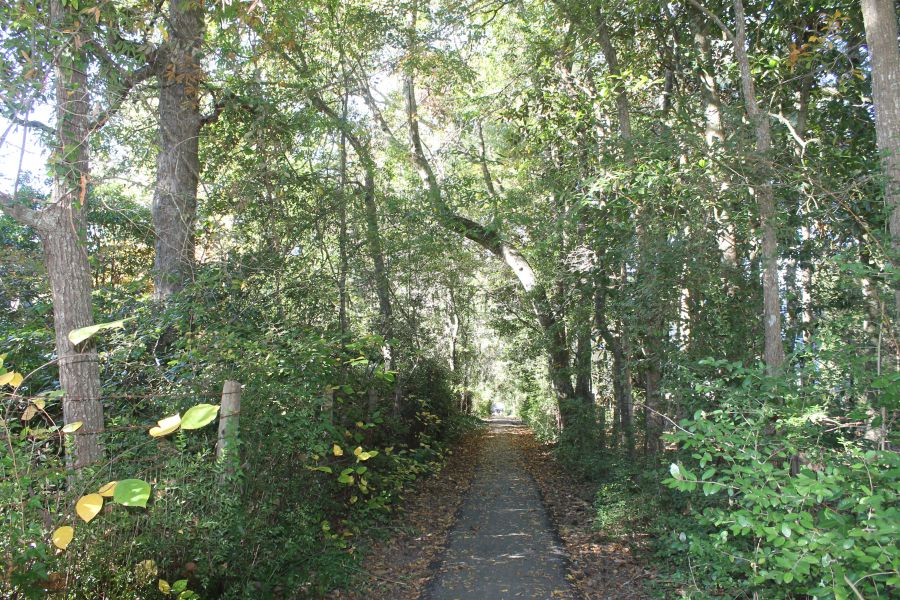 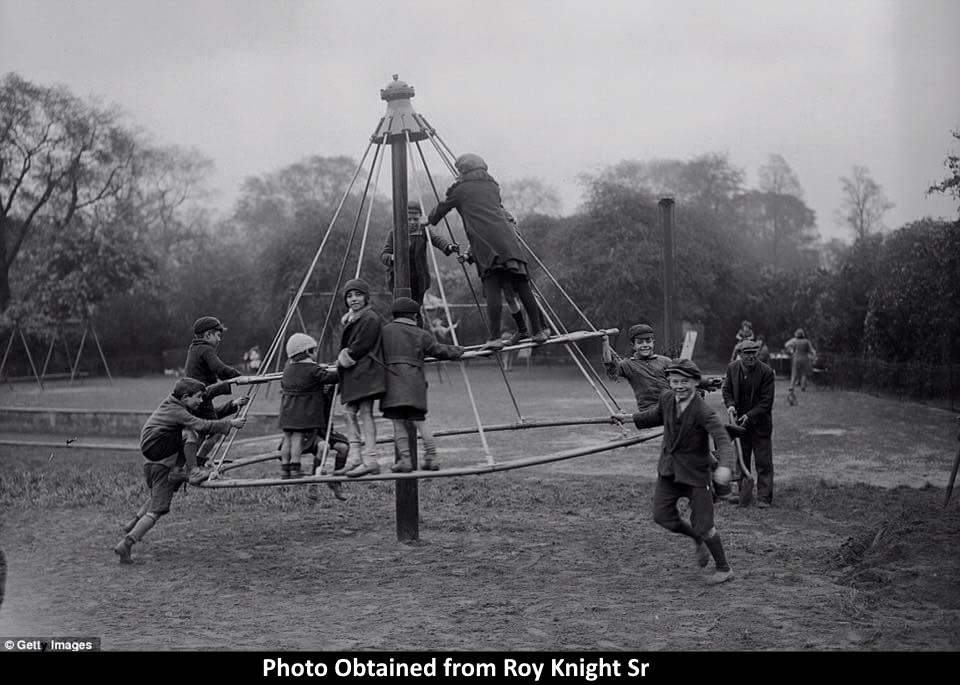 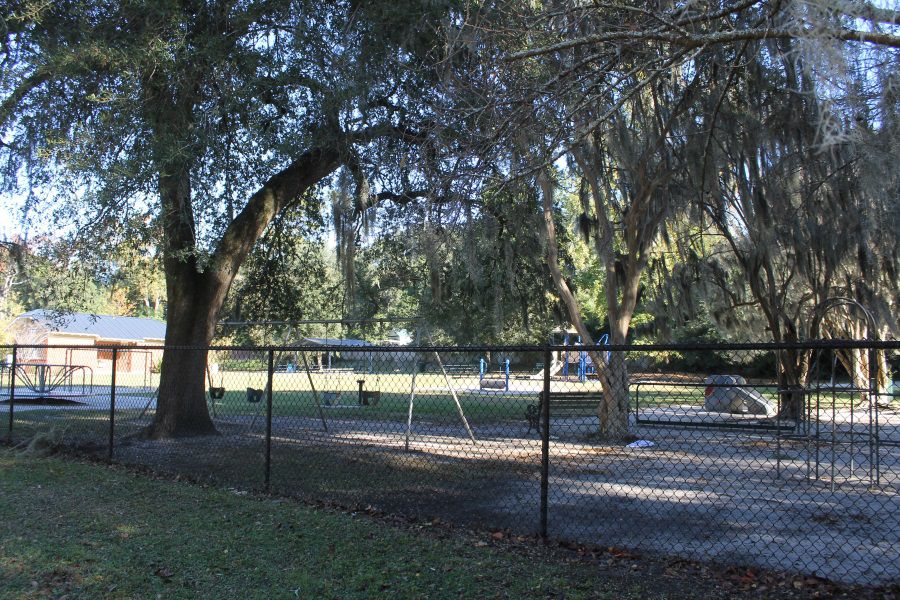 Walking up Laurel Street, past the playground and to the intersection of Laurel and West 5th South Street, we can now see the Summerville Presbyterian church at the corner of West 5th South Street and Central Avenue. turn right and stay on West 5th South Street. Just a little ways up on the right we see the old "Squirrel Inn". It's one of the last of Summerville's great Inns of yesteryear. Like the Carolina Inn, it was in full operation up through the 1960's and finally discontinued business as an Inn in 1970. Fortunately, the building has been preserved and maintained. Now it's available to live there on a more permanent basis in one of several apartments within. Right across the street from "Squirrel Inn" is Summerville's well renowned "Azalea Park". Tennis Courts, scenic walking trails, beautiful manicured flower beds, ponds, sculptures, and Gazebos adorn this quaint and charming little park. Every year Azalea Park becomes the centerpiece of the annual "Flowertown Festival" when over 250K visitors converge on this little park. On the back side of the park's amphitheater, there is a walking trail that will exit the park and take us to another of Summerville's historic paths, "Pike Hole". According to town folklore, the name was derived by the fact that redfin pike could be caught in the branch on which this path passes over. On occasion, you can still spot a local resident or two fishing from the bridge on the "Pike hole" path. The existence and history of Pike Hole date back to the early days of Summerville. Several years ago, I had the opportunity to talk with some of Summerville's "older" residence. I was informed that they used the path frequently in the early 1900's. 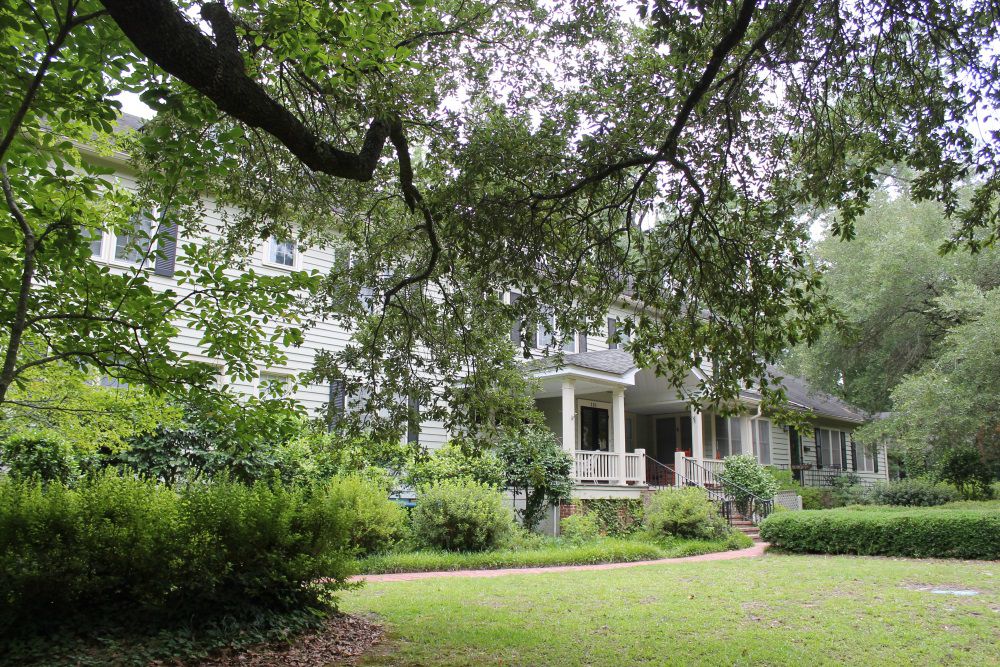 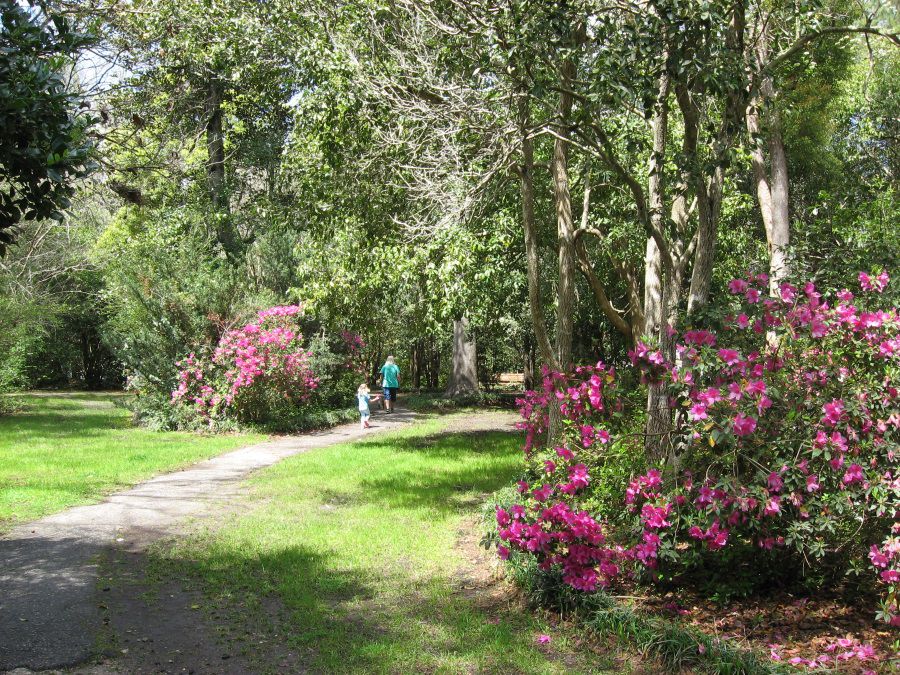 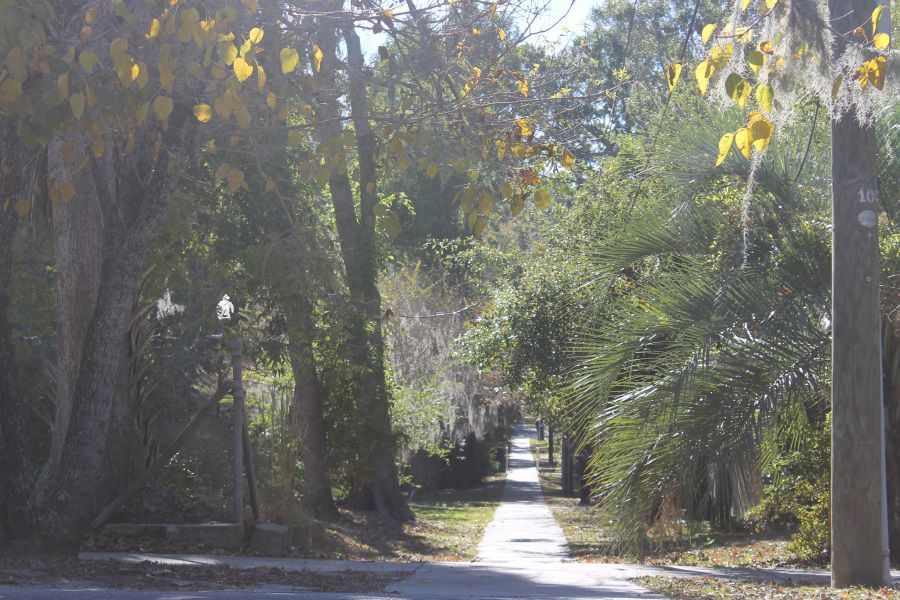 The first Library in Summerville - The Historic Timrod Library

Turn right on Pike Hole path; cross over the Pike Hole branch; and just a little ways ahead, the path ends at the intersection of Central Avenue and West 3rd S St. To the right is the Bethany Methodist Church and just across W 3rd S St is the Timrod Library. There is something about this beautiful old building inside and out that instills a desire to learn, discover, and dare to reach for the unreachable. This library that originated from a women's reading circle in 1897 seems to somehow personify the very heart and soul of the Summerville community; Solid, steadfast, and yet willing and able to change with the times without a dilution of heritage, integrity, and/or preservation. In 1915 the building on Central Avenue was erected, and until 1979 Timrod Library was the only library in Summerville. It is one of only two membership libraries in existence in South Carolina today; and the building is listed on the National Register of Historic Places. The book that I made reference to earlier, "Beth's Pineland Village" by Lang and Clarice Foster, can be purchased here.

This concludes "Summerville - A Virtual Walking Tour Part 2". Part 3 and the final article of this series will focus on the downtown area: Summerville Farmer's Market, Town Hall, Guerin's Pharmacy, James Dean Theater, and the Town Square. 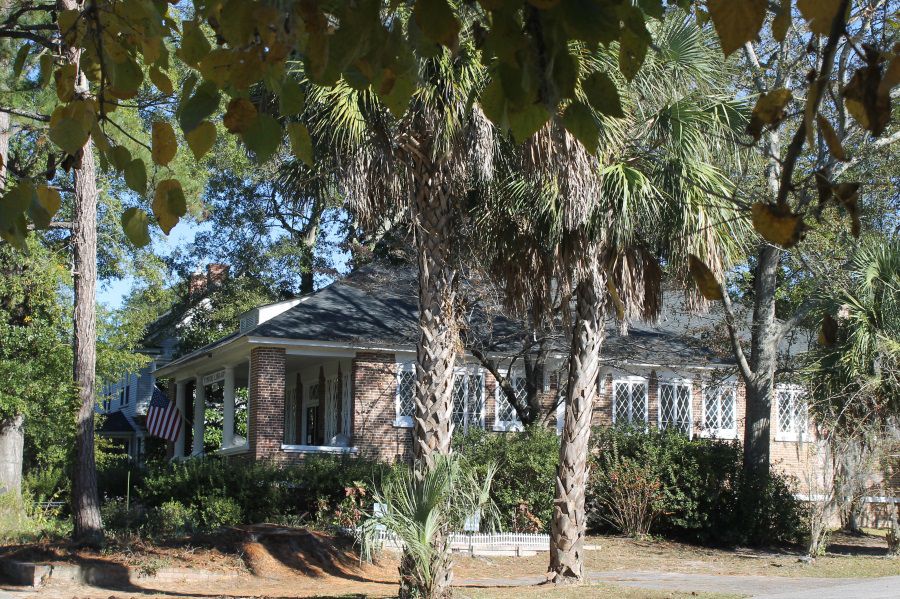 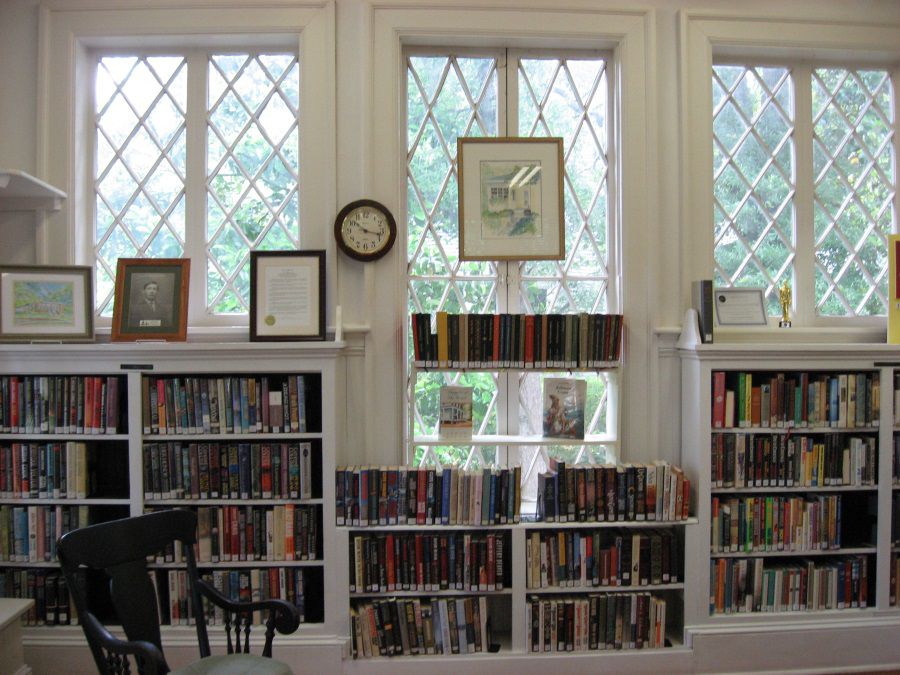 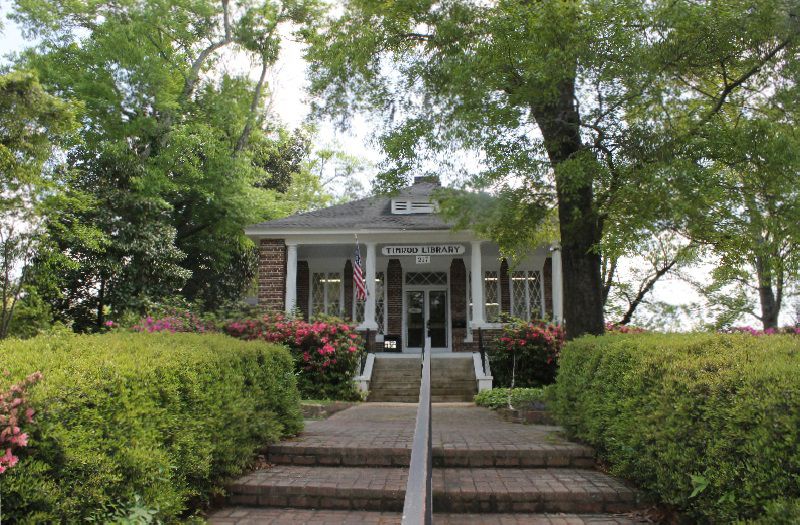