When I have the opportunity to write about, and feature places that, relatively speaking, very few know about; I am genuinely thrilled. Picket park is just such a place.

The history of Pickett Park and Pitt Street Bridge alone is worthy of recognition and esteem. Now couple that with its public access to the Inter-coastal waterway along with the Charleston Harbor for fishing and Kayaking, and you have an area of magnificent history, sites, and recreation. Whether bicycling, Kayaking, fishing, jogging, or simply out for a stroll, this park, and the surrounding area is simply an awesome place to visit. Pickett Park and the Pitt Street bridge are located at the south end of Pitt street – the main thoroughfare through the “Old Village” of Mount Pleasant; where once operated the ferry that provided the primary source of transportation to and from downtown Charleston prior to 1929.

The panoramic view from the park is incredible. Fort Sumter, the Sullivan's Island Light House, the Arthur Ravenel Bridge, Charleston Harbor, and the Ben Sawyer Bridge can all be seen from Pickett Park and the old Pitt Street Bridge. Since it cuts right through the marsh adjacent to the inter-coastal waterway, it's ideal for viewing SC coastal wildlife: Bottle-nose dolphins, Sea turtles, Osprey, Egrets, a huge array of water foul, and the list goes on... 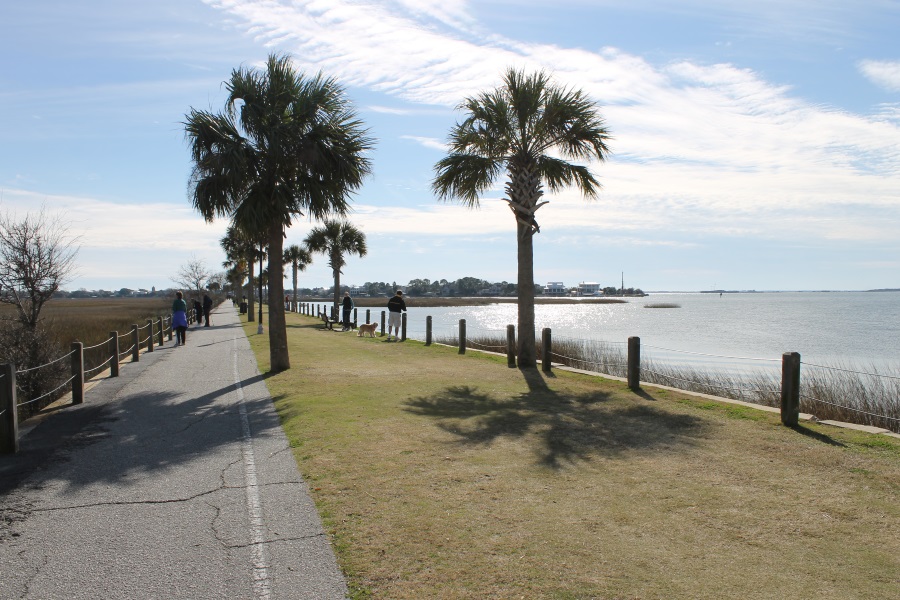 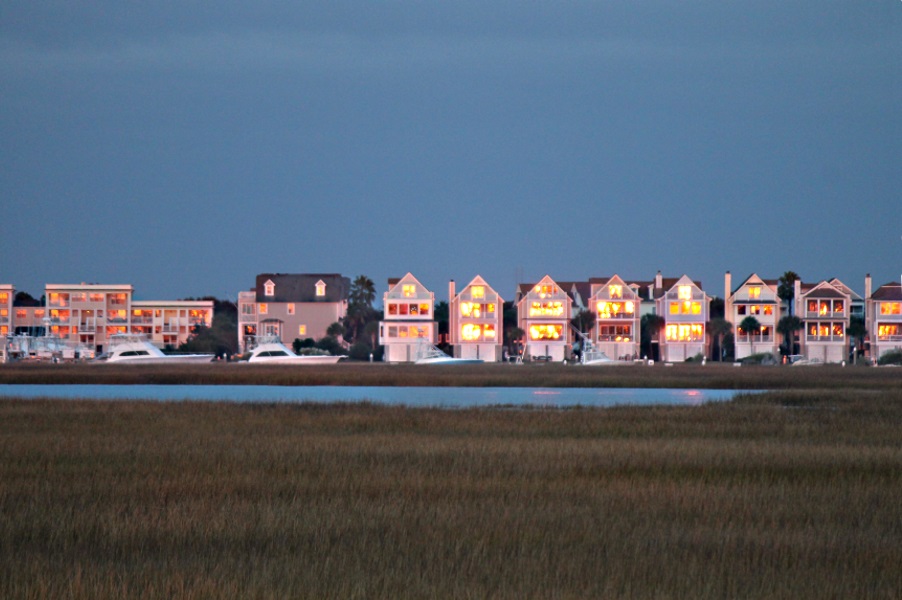 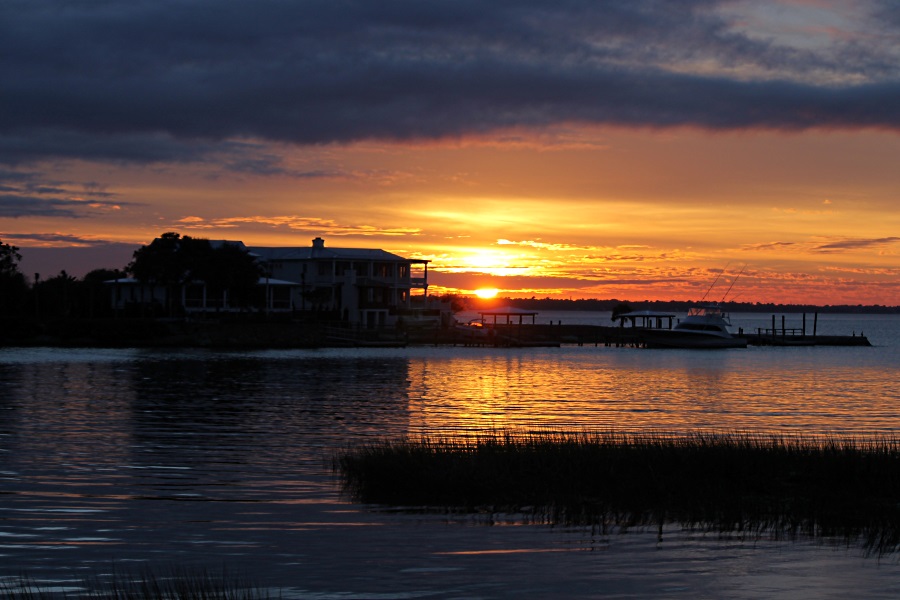 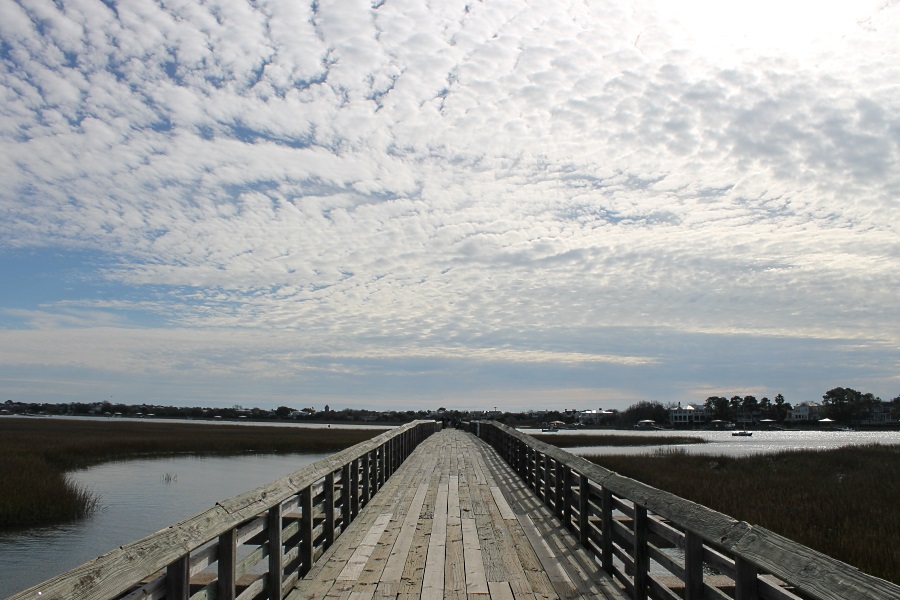 The park is named after Dr. Otis Pickett, a medical doctor from Sullivan's Island. He frequently utilized the Pitt Street bridge his entire life - After all, at that time, it was the only way besides some type of watercraft, on and off the Island. During his medical career, he was known to have made house calls clear up to Awendaw.

Standing here now, looking across today's partial bridge, It's quite easy for me to imagine patriots such as Francis Marion and his party making their way across the floating plank bridge; and then a hundred years later the crew of the H.L. Hunley, as they made their way to breech inlet to experiment with one of the world's first submarines. I can imagine military personnel stationed at Fort Moultrie during the late 1800's and early 1900's taking advantage of the modern convenience of the trolley as they traveled on and off the Island during times of liberty. What a thrill it must have been for local residence of the 1920's to drive their automobiles across the vehicle bridge that was constructed here, and then on over to the marvel of the newly constructed Grace Memorial Bridge that spanned the Cooper River. 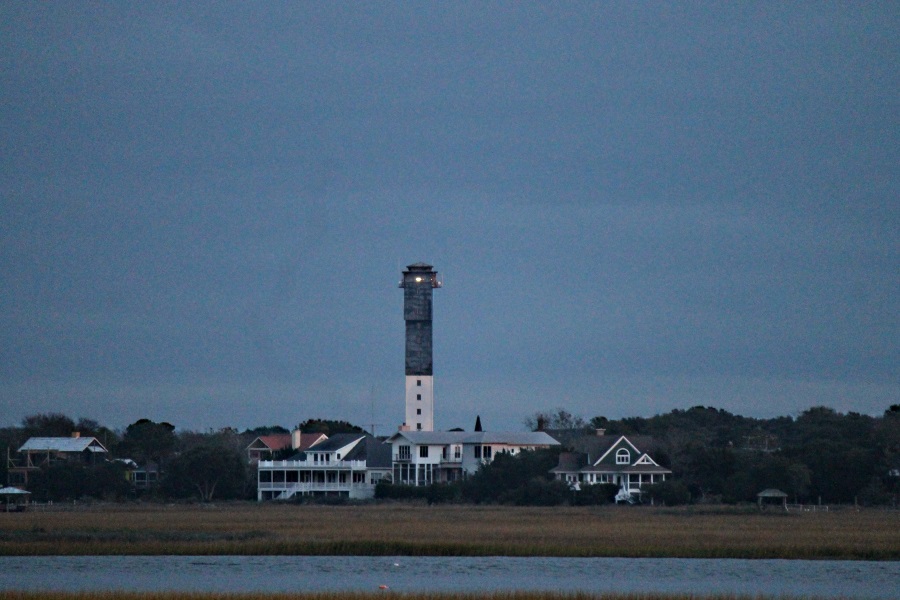 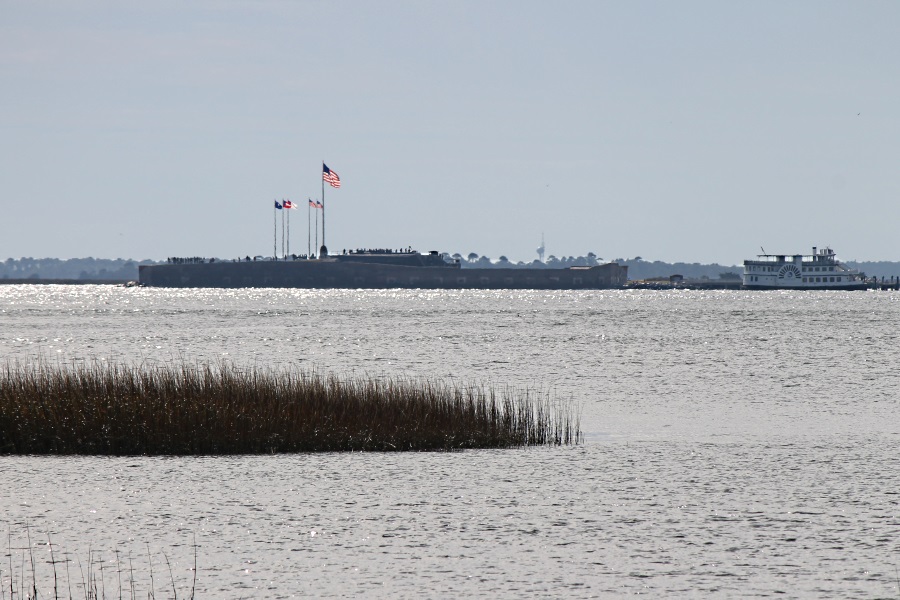 Recently, during this holiday season of 2013, my family and I, along with my daughter-in-law's extended family - to include her 90 year old grandmother from Panama, took an afternoon through the evening to visit some of the more notable areas around Isle of Palms, Sullivan's Island, and Mount Pleasant. We arrived at Picket Park just in time to watch the sunset. I of course, had my camera at the ready and was excited to have the opportunity to capture some stunning sunset images.

Watching the sun set over the inter-coastal waterway and Charleston harbor never gets old. As our day wound down and we considered dining arrangements for the evening, the only logical choice was to take Pitt Street through the Old Village of Mount Pleasant over to Shem Creek where (in my opinion) some of the best restaurants in and around the Charleston and Low Country area, with the freshest seafood that can be found anywhere are located. We ended up at RB's. The food was great and the atmosphere was perfect for the occasion. A wonderful ending to a great day with friends and family.