Fort Moultrie, located on the south-west end of Sullivan's Island and adjacent to Charleston Harbor stood as a vanguard against any that might attempt to threaten the South Carolina coastline. The fort proved to be a stronghold and a viable strategic combat post through the Revolutionary and Civil wars. During Fort Moultrie's post-Civil-War era and up through WWII, the US Army and Navy ran joint operations at the Fort. As Fort Moultrie evolved to meet coastal defense objectives, it would eventually encompass all of Sullivan's Island. It's illustrious career as a viable strategic military installation finally came to a close in 1945. Today visitors to Fort Moultrie and its museum have the thrill and opportunity to step back into the past and examine life as it may have been for the military personnel stationed there, from its beginning in 1776 to its decommissioning in 1945.

In 1776 Charleston was a major port city to the early American Colonies; and well established by its earliest settlers for over a hundred years. For the most part only Native American tribes occupied what is now known as the SC barrier islands. As tensions between Great Britain and the Colonies grew to a breaking point, The British were of the belief that a victory in Charleston would help them gain a considerable stronghold on the South. So they launched an offensive… and it failed. Entrance into the Charleston Harbor required passage past Fort Sullivan (later named Fort Moultrie). Constructed of spongy palmetto logs, the outer walls of Fort Sullivan absorbed the impact of the shells and ultimately helped to defeat the British's earliest attempt to capture the "holy City". Another part of the British offensive during this battle was to launch a surprise attack from Long Island (now the Isle of Palms). Their intel concerning Breach Inlet was faulty. They were of the illusion that they would be able to cross the Inlet on foot and take the rear of Fort Moultrie by surprise. Once they concluded that wading across the inlet was impossible and even hazardous, they utilized boats to cross. Because of more faulty intel, they were not prepared for the tenacious resolve of the patriots awaiting their arrival on the other side. Their surprise attack to take the rear of Fort Moultrie… never happened. This was one of the first major battles of the Revolutionary war and a victory for the American patriots. The signing of the "Declaration of Independence" took place just six days later - July 4, 1776.

Fort Moultrie and The War between the States

Nearly a hundred years later just prior to the first shots of the civil war, Fort Moultrie was looking at being replaced as the primary vanguard of Charleston Harbor by a newer, more modern fort constructed on a man-made island just inside the mouth of the harbor - Fort Sumter. The plan was for Fort Sumter, Fort Moultrie, Fort Johnson, Morris Island,  Castle Pinckney, and the Charleston battery to all work together and form an impenetrable defense around Charleston. However, due to the outbreak of the Civil War, the newly, not completed construction of Fort Sumter became the Union forces last resource for a defensive fall back; and consequently became an enemy location which exchanged fire and shelling with the other surrounding forts. Eventually, the Union forces that occupied Fort Sumter suffered defeat, and Fort Moultrie proved itself as a strong strategic fort capable of achieving and even surpassing military plans and objectives throughout the civil war.

From the end of the Civil War to the end of WWII, Fort Moultrie did not engage in any combat. While it stayed ready, willing, and able to engage and defend the Carolina coastline, Fort Moultrie was also utilized as a training base. Retrofitted with underground bunkers and disappearing rifled cannons, the military complex associated with Fort Moultrie encompassed all of Sullivan's Island. At the end of WWII, it became clear that weapons such as guided missiles and nuclear warheads could easily circumvent coastal defenses. As a result, on 15 August 1947 military operations at Fort Moultrie and around Sullivan's Island came to a final conclusion. In 1960 Fort Moultrie became a part of the National Parks Service (NPS). Today visitors can get a glimpse of what life was like for the military personnel stationed at Fort Moultrie during each era, from the Revolutionary War up through the end of WWII. My personal favorite exhibit is the WWII underground bunker with the offices set up as they were during that time, along with pictures of the personnel that occupied them. It's a strange fascination to imagine Charleston harbor and the surrounding area during the 1930's and 40's. The harbor was strung with underwater submarine nets and mines. The fort's batteries equipped with disappearing breech loaded rifled cannons fired training rounds out across the waters beyond Sullivan's Island and Isle of Palms. Reported accounts stated that when these cannons fired, it would literally cause the entire island to quake. It was a different time, and not... that long ago. 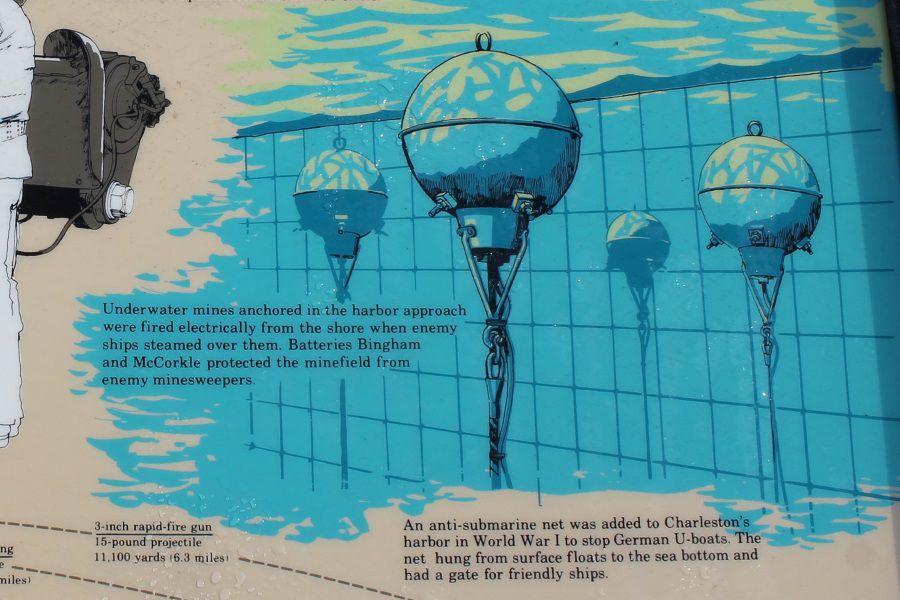 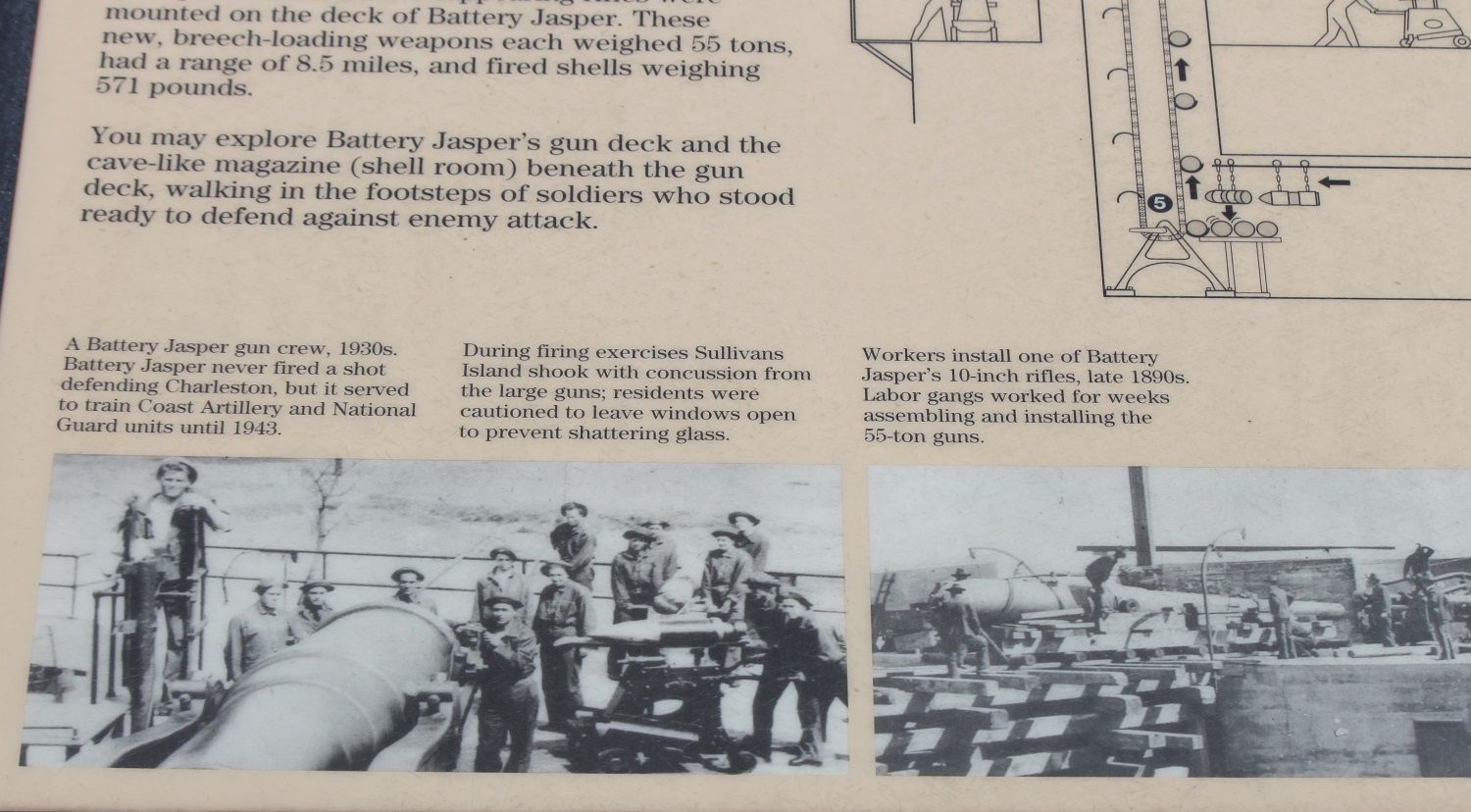 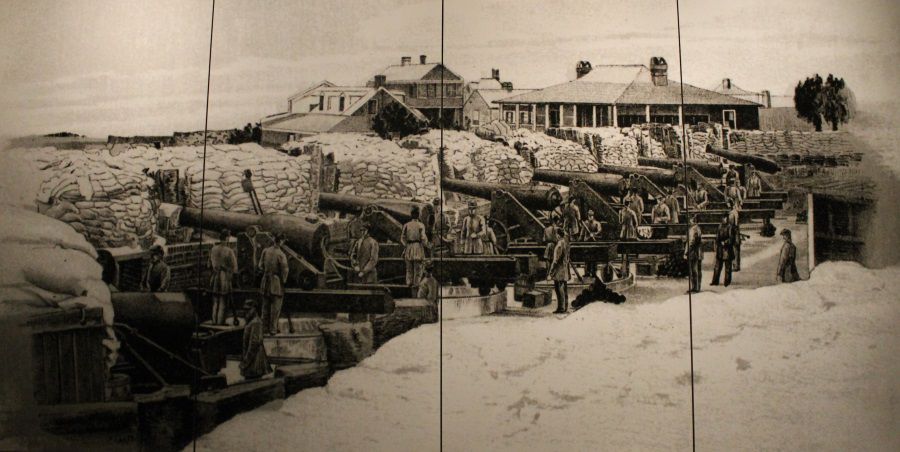 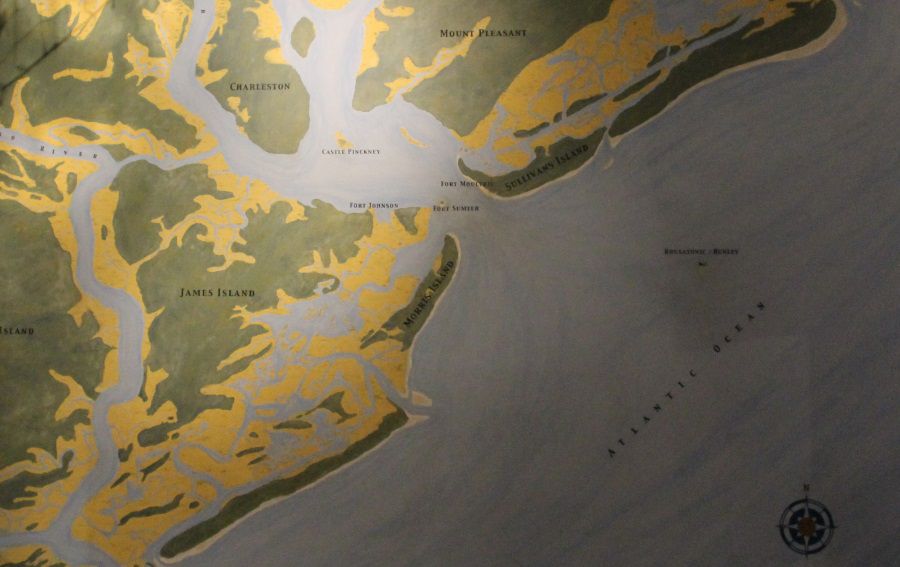 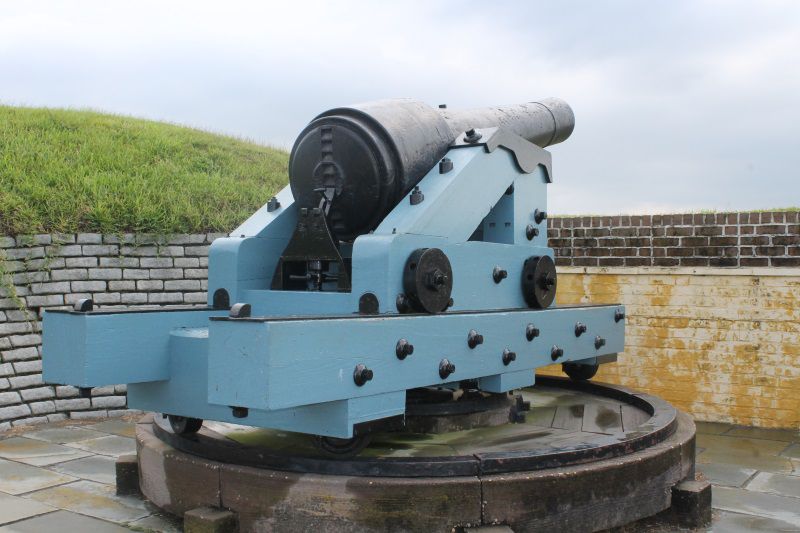 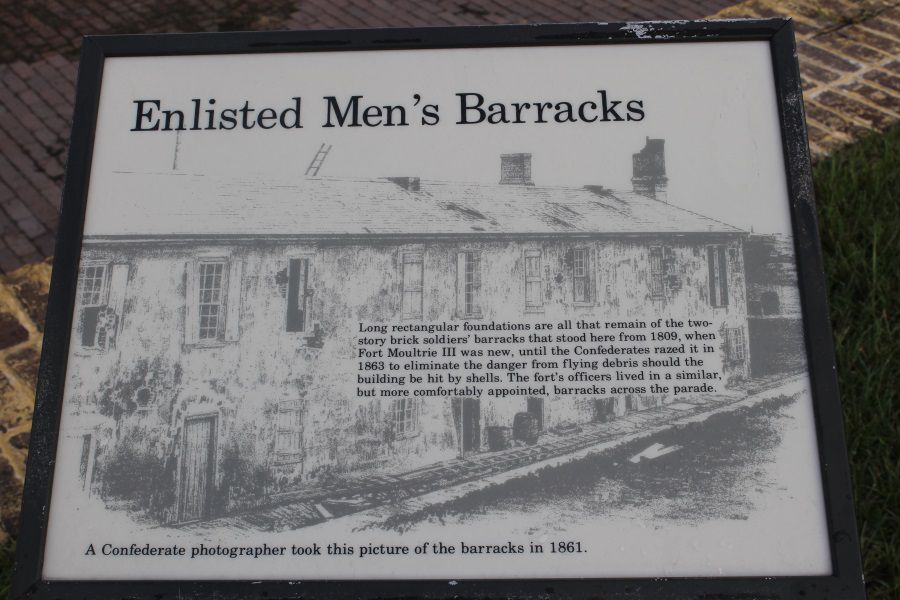 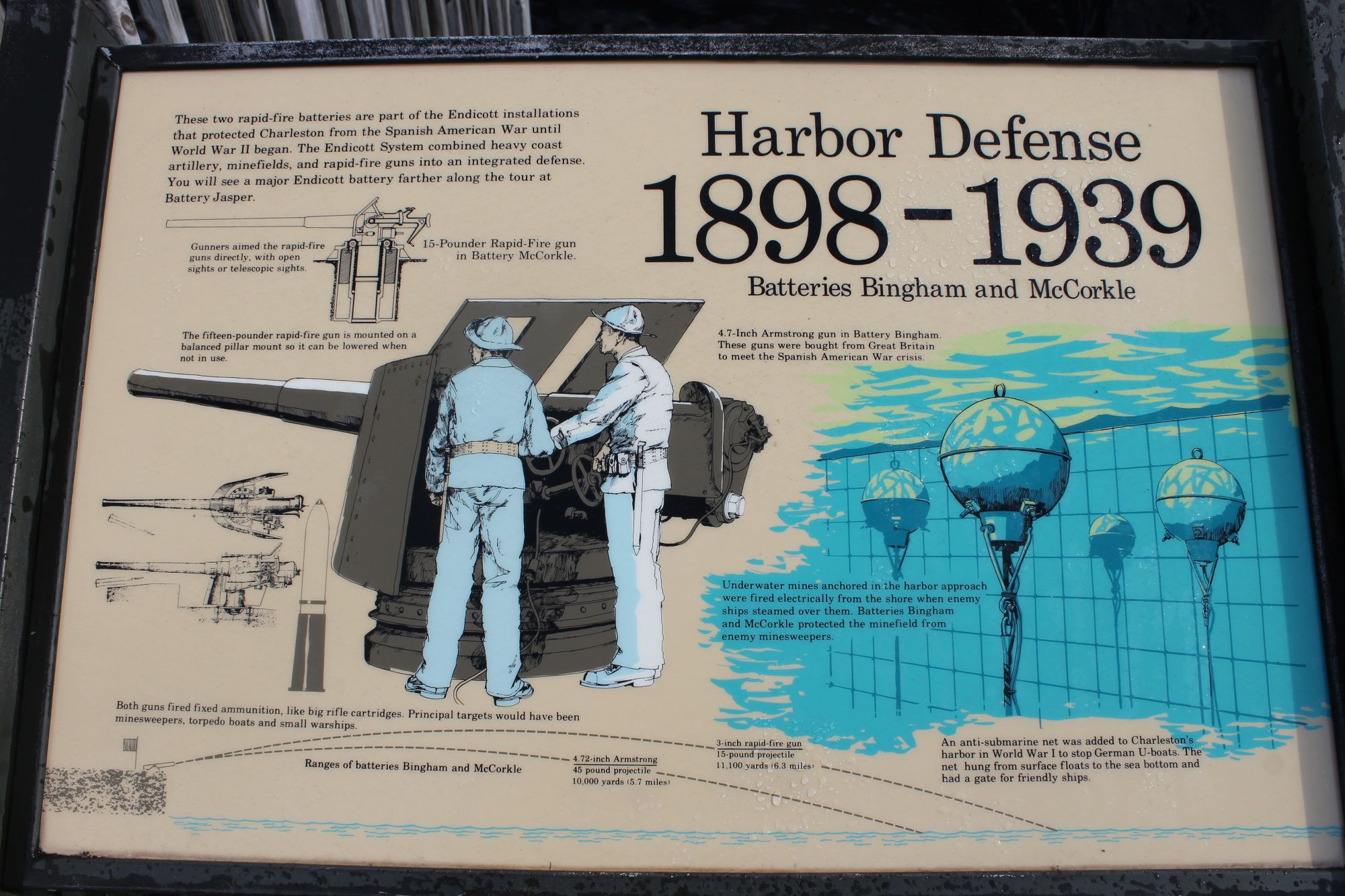 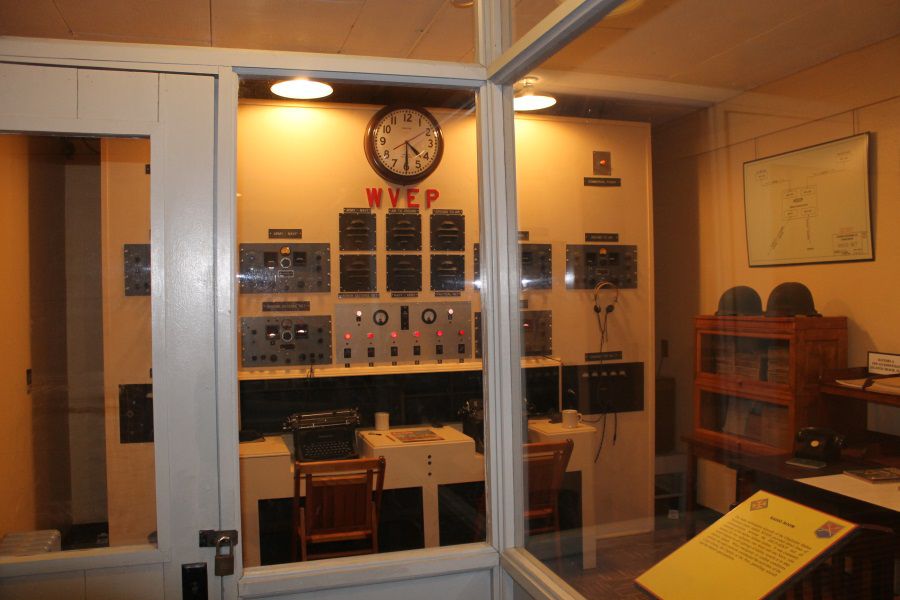 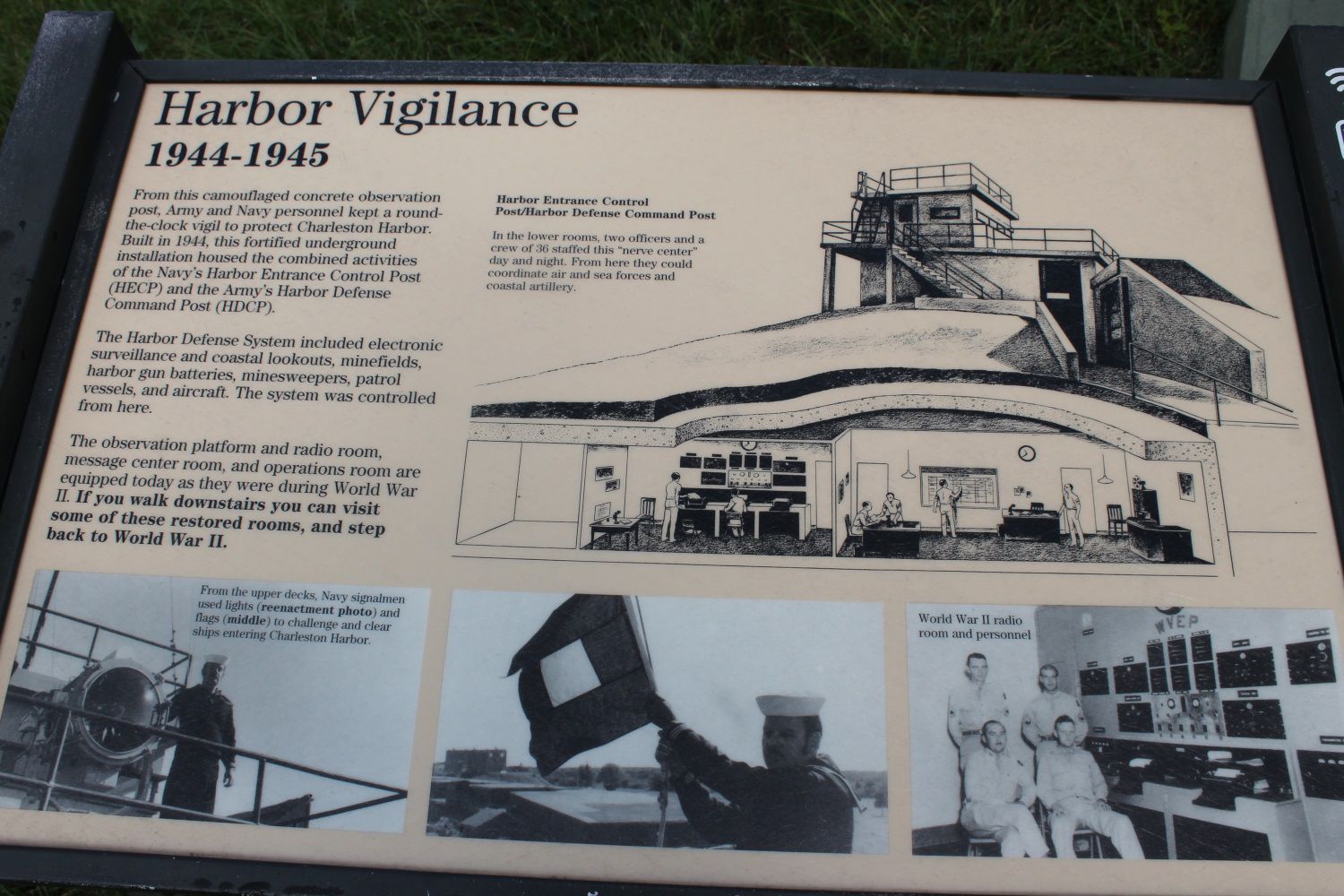 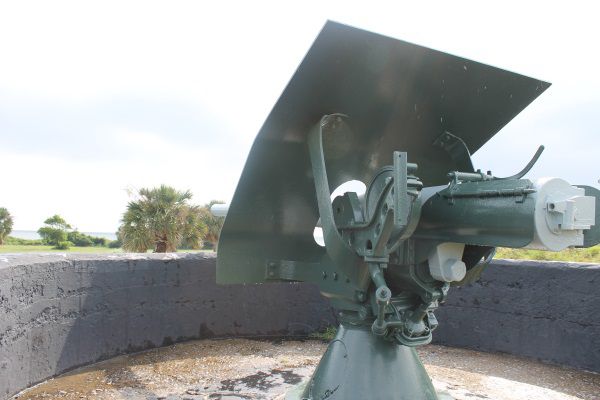 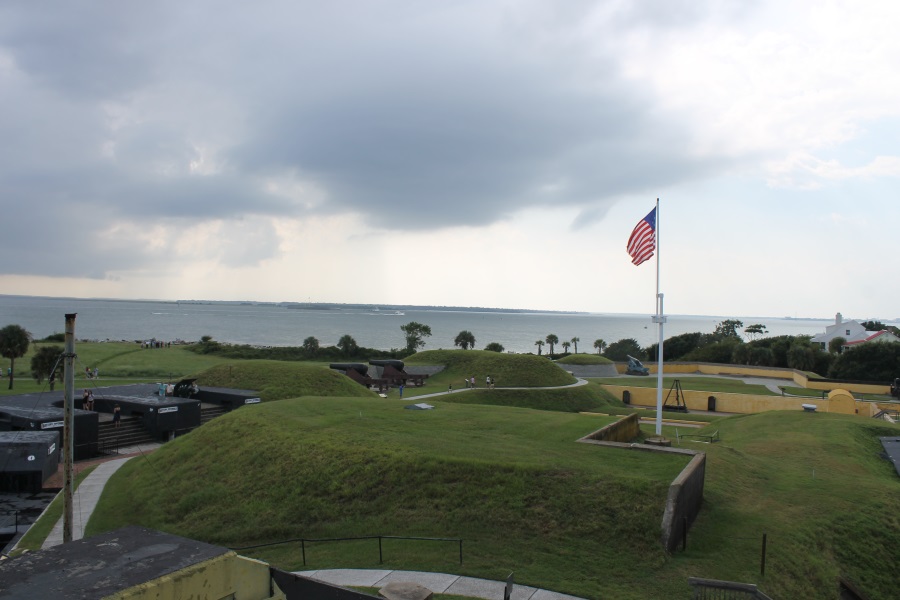