Eddie Bush – Singer/Songwriter and Author of "I C Christmas"

Two o'clock in the afternoon at Coastal Coffee Roasters in Summerville, SC – That's where I arranged to meet up with the author of one of my favorite Christmas Songs – "I C Christmas". As Eddie Bush began telling about how he got into music at a very young age, it became quite apparent to me that he was far from typical. After 35 years in the music industry and a "major recording label" deal, Eddie continues to write and perform original music as well as provide lessons to a large number of students. Taking into account his ability with the guitar as well as his writing and vocal abilities, it would hardly be a surprise to see him attain yet another "major recording label" deal in the not too distant future.

Eddie's Latest Album – The Cage I Was In

I remember talking to my son a few years ago about contemporary music. Something of which we both had noticed was the lack of guitar and/or instrumental solos. It had become apparent to us that from the early 80s to the current, guitar and instrumental solos had become progressively fewer and farther between. So as I listened to "The Cage I Was In", I was more than just pleasantly surprised. However, It's hard to say about which I was most impressed, Eddie Bush's prowess with the guitar, his vocal ability, or his writing. About "The Cage I Was In" Eddie says, "This is my 17th release and some of my best work to date. It's 2 discs, 24 songs, and 100 minutes of music... I write a lot of music."

With this being the month of December and Christmas only weeks away, it's an excellent stocking-stuffer and/or gift for under the tree. Get a copy along with "I C Christmas", listen to them and let me know what you think.   [ The Cage I Was In

One of the most popular and frequently requested Christmas songs in the SC Lowcountry this holiday season is "I C Christmas" written by Eddie Bush and Mark Evans. While we were talking about it, I recalled the first time I heard it a couple of years ago. I was driving and listening to the radio station in Charleston that plays Christmas songs from 1 Nov through 25 Dec – Y-102.5. They were conducting an interview with Eddie Bush who was explaining the science behind writing a Christmas song. Then they played "I C Christmas". I recall thinking, "Wow he really gets it. This song fits right in with the classics – What an awesome Christmas song". So now that I had the opportunity to interview Eddie, I asked about the story behind the song. Well, it turns out that Eddie Bush really likes Christmas – a lot and everything that goes along with it, to include all the Christmas song classics. And it just so happens that his good friend "Mark Evans" who has quite an affinity for Christmas as well made the suggestion to Eddie that they co-write a Christmas song together – and they did. The beginning of every line in the song begins with the letter "C" and the musical style of the song covers the gambit from country and big-band sounds to the sounds of New Orleans Jazz. Throughout the holiday season, Eddie makes appearances in several Christmas parades singing "I C Christmas" – frequently parade onlookers sing right along with him. By all rights it has become a highly favored Christmas song classic. 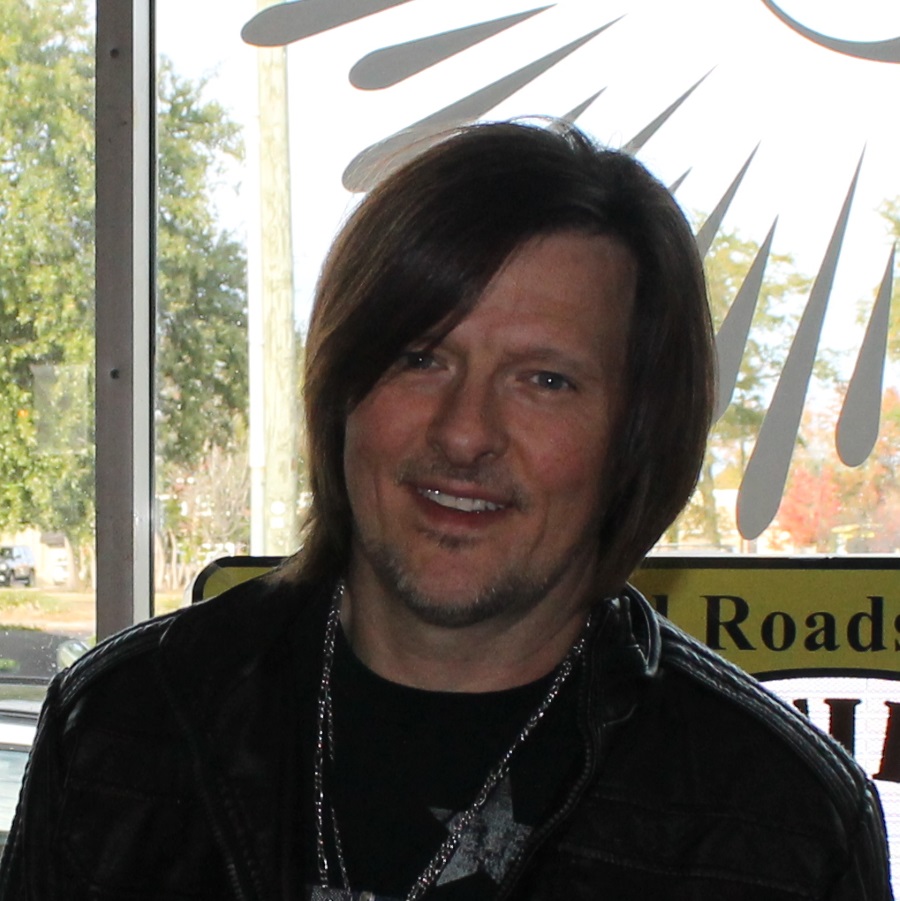 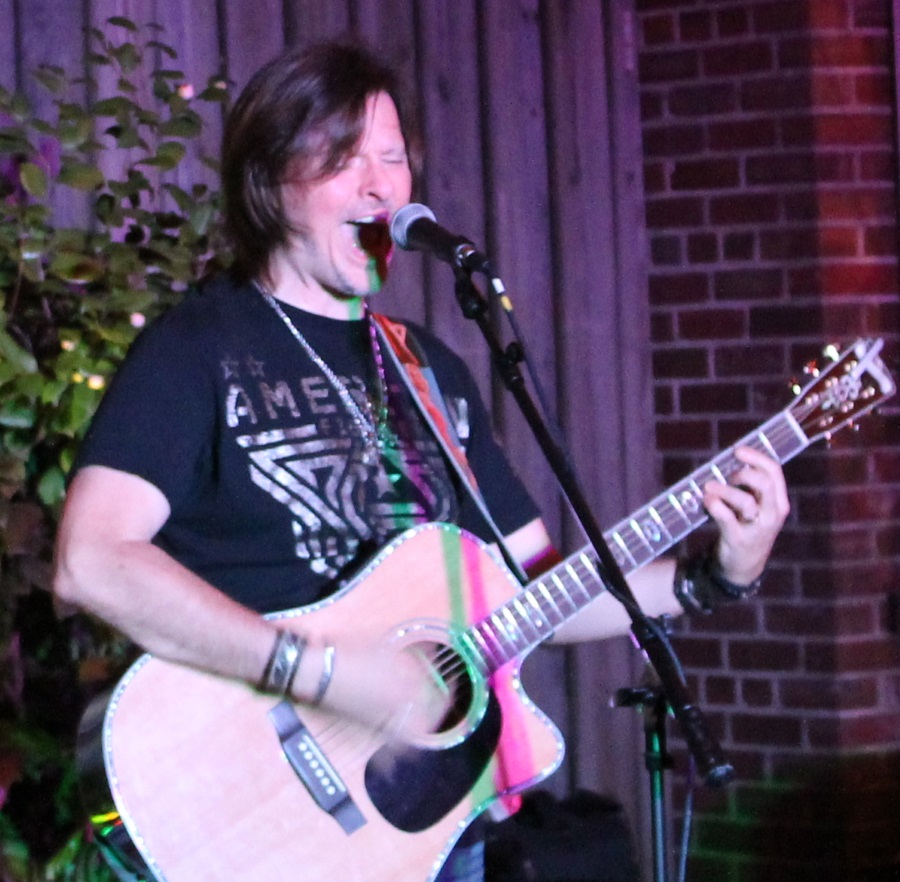 Early on as a youngster Eddie was inspired by the legendary performer Glenn Campbell, whose memory continues to inspire him to this day. Incidentally, Glenn Campbell actually played a signature guitar designed for and signed by Eddie Bush in at least one of his performances. It's currently on display in the Glenn Campbell exhibit of the Country Music Hall of Fame. Personally, I have to say, "Wow, what an honor". For the person that gave you your first inspiration to choose to perform on an instrument designed for and signed by you... as Eddie said, "That's taking it full circle".   As he began to perform professionally, Eddie caught the attention of Eric Johnson (most widely known for his composition and performance of the instrumental "Cliffs Of Dover"). The two became friends and to this day Eddie considers Eric his mentor and adviser. Another notable person who continues to play a significant role in Eddie's life as a performer is Dave Matthews who is responsible for producing all of Eddie's work, and whom Eddie gives much of the credit for the instrumentals in and arrangement of "I C Christmas". There is also Mark Evans who was one of the first program directors of a major station to play "Hard To Stop A Train" in the Sacramento Area KNCI when Eddie was first starting out. He's also the co-writer with Eddie of "I C Christmas". There is actually quite a list of influential people that have meant a great deal to Eddie over the years. These are just a few that stood out to me in this interview. Eddie expressed a great deal of gratitude and appreciation for all of them.

Being a musical instructor is something Eddie has taken very seriously for quite some time. Even at the height of his touring all over the country, he would take the "Red Eye" to be there for his students. When I asked Eddie if he considered any of his many students to be his proteges. He answered with an unequivocal and resounding "Absolutely".

"Do you have any words of encouragement or advice for aspiring musicians and entertainers?"

"Do it - My advice is... you know, every day you don't pursue it, is a day wasted. A lot of people look at it for the wrong reasons, for money and fame and all this other stuff and I can tell you none of that stuff should ever be the focus - the focus is the expression of it - the spirit and energy that goes into it. It's a magical place that's all yours. You need to be honest with yourself in every facet of your game, and you better love playing music because I don't believe there is a tougher business."

I appreciate Eddie's honesty and ongoing desire to help others and his community to include military, first-responders, and law enforcement. Thank you, Eddie, for all that you do. 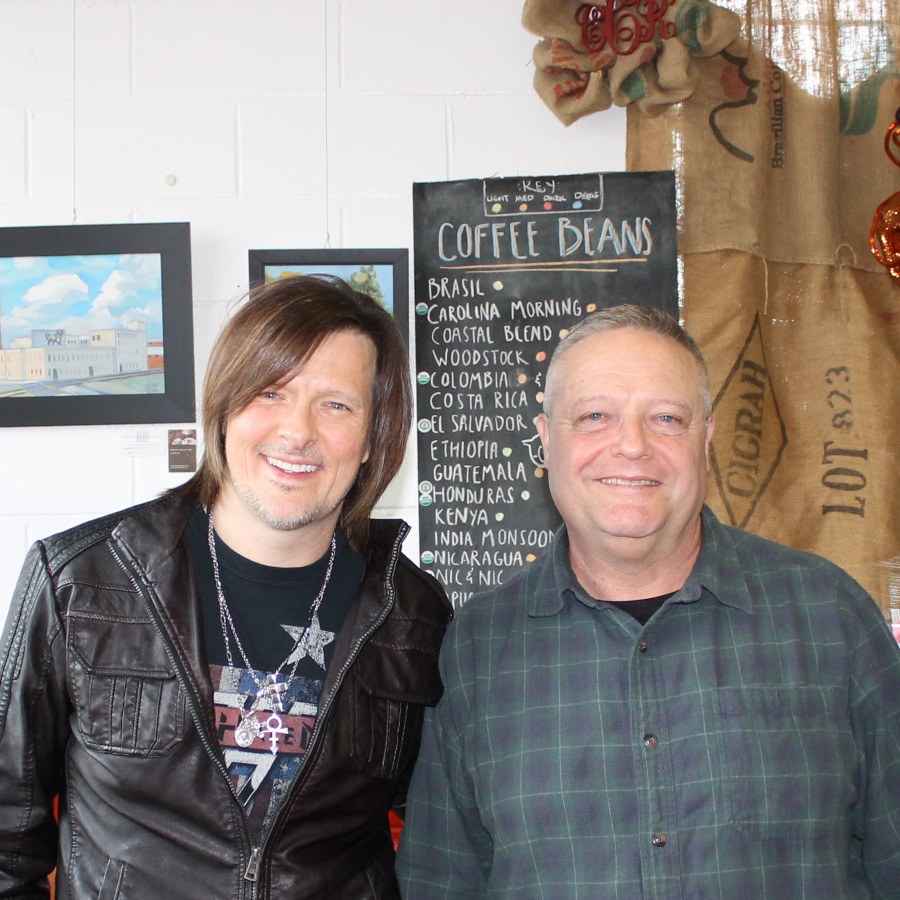 From Eddie and I to everyone everywhere, we want to wish you a Merry Christmas and a Happy New Year!

Thanks again Eddie for your time and willingness to share so much with so many.