I recall when Charles Towne Landing first opened to the general public. It was 1970 and the park's opening commemorated the city of Charleston's as well as the state of South Carolina's tricentennial. Six years later the U.S. would be celebrating its bicentennial. As a youngster visiting the park for the first time I was impressed, to say the least. Up until that time, the only zoo I had visited was the one at Hampton Park which was always a highlight of the visit. However, the zoo at Hampton Park was woefully inadequate – consequently it was closed and the animals were moved to the newer, far more spacious Charles Towne Landing Zoo. Today the zoo and all of the wonderful features here at Charles Towne Landing are as amazing as ever.

When you first arrive at Charles Towne Landing, the visitor's center gift shop and museum provide the perfect starting point for a self-guided tour. You can also pick up a bicycle rental here as well as a schedule of upcoming events. 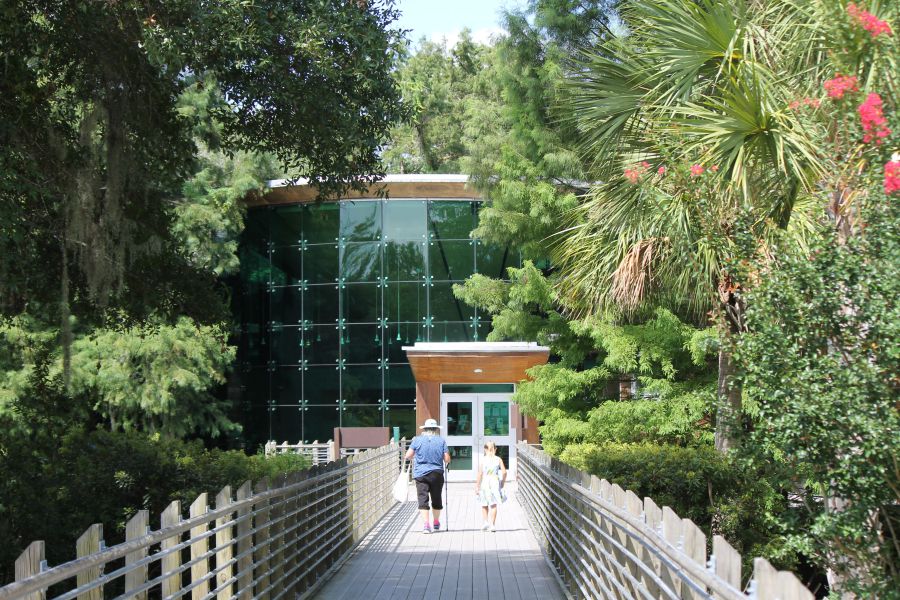 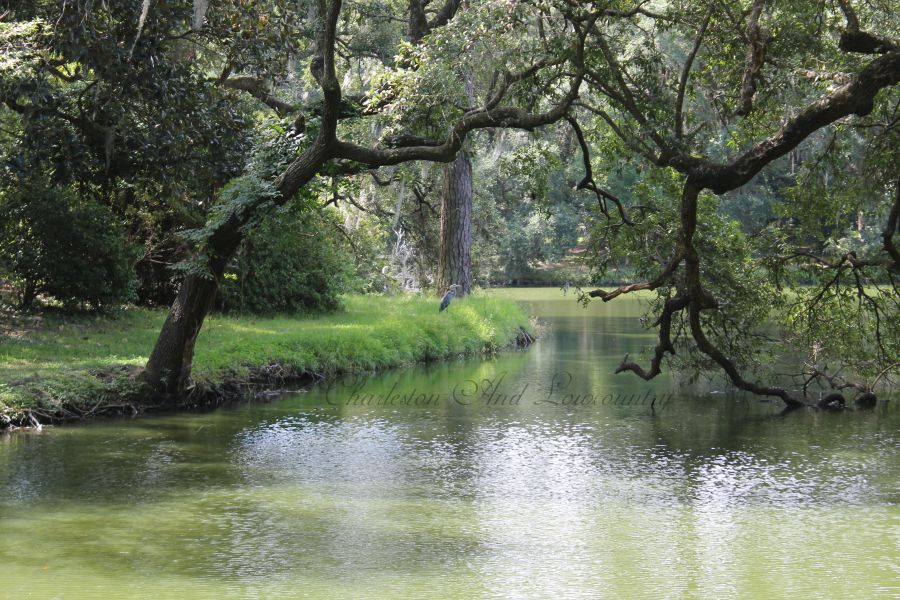 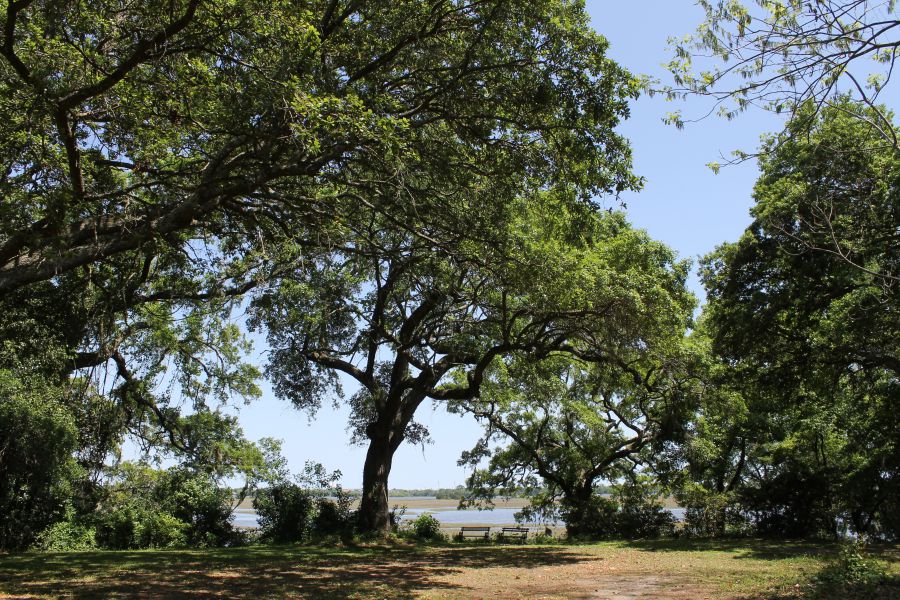 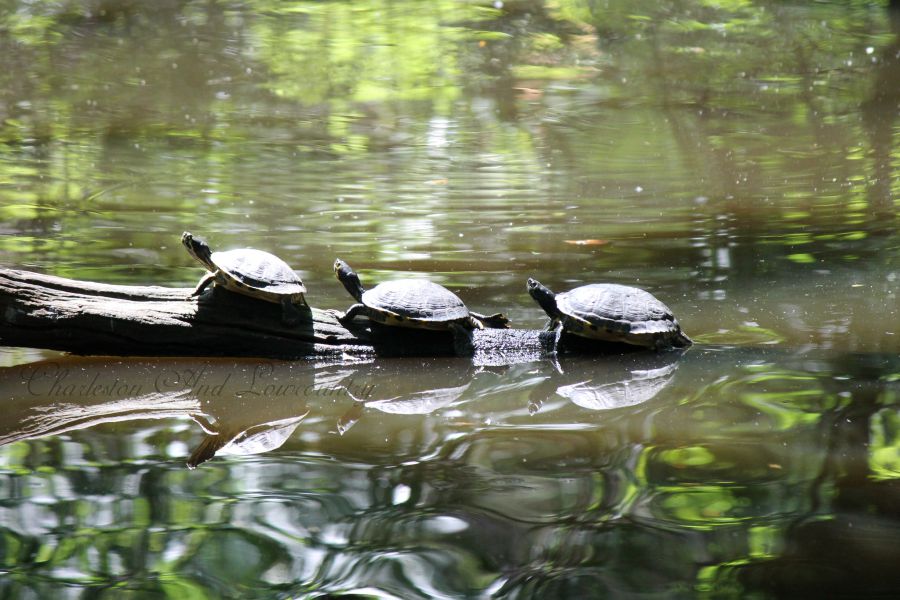 Charles Towne Landing borders the west side of the Ashley River. The view across the Ashley River to the city of Charleston is captivating. Live Oaks, Elm, and Hickory trees are just a few of the majestic old hardwoods that are plentiful all around Charles Towne Landing. The trails are perfect for bicycling as well as just strolling along and enjoying the natural beauty and tranquility that are prevalent throughout. In the early spring, azaleas, dogwoods, and wisteria vines provide a southern floral sight that can only be described as the picture of Charlestonian southern charm. Like most parks and gardens in and around the city of Charleston, there is more to do here than you can possibly accomplish in one day. Keeping that in mind, I advise taking your time. Don't be in a hurry. Allow yourself to take in every nuance; the peace, and tranquility of a historic experience back in time.

The Zoo and Natural Habitat Areas 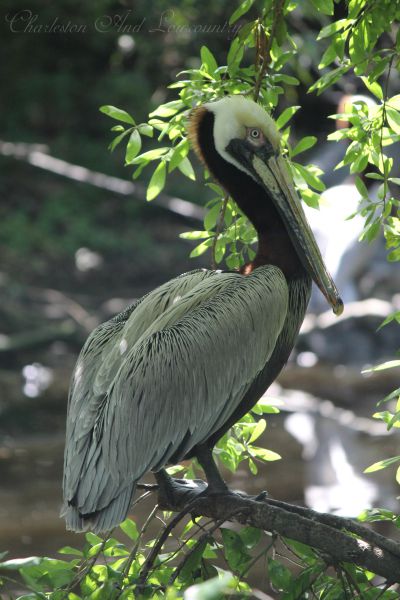 The Zoo and natural habitat areas at Charles Towne Landing are a nice additional feature, especially for the kids. Some of the animals in the exhibits here, such as the puma, have been rescued and would most likely have a difficult time surviving in the wild as a result of previously sustained injuries. The zoologists and staff at Charles Towne Landing have done an excellent job of providing spacious natural living conditions as a part of the zoological exhibits. The animals in this zoo either currently live here in the Charleston and SC Lowcountry area or did live here during the time of the first European settlers. Consequently, you won't find exotic safari animals from all over the world here. To some, the zoo here may seem a bit small. My opinion? It's a perfect size, especially when you take into account the space allocated and all there is to experience at Charles Towne Landing as a whole. Among the exhibits, you will see: several species of shorebirds, the endangered Red Wolf, North American River Otter, Puma, a Bear, farm livestock, Whitetail Deer, Bison, Vultures, Wild Turkey, Skunk, and a Bob-cat. 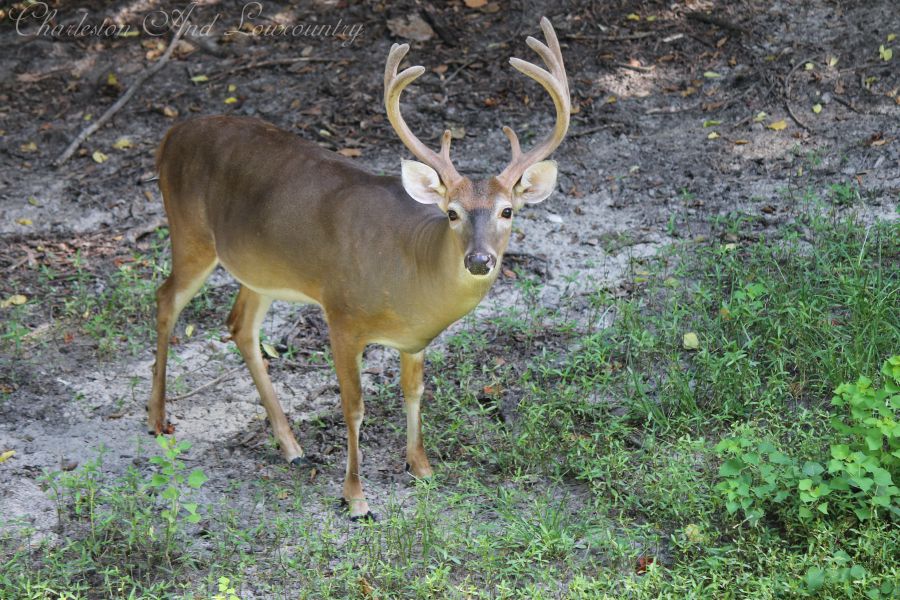 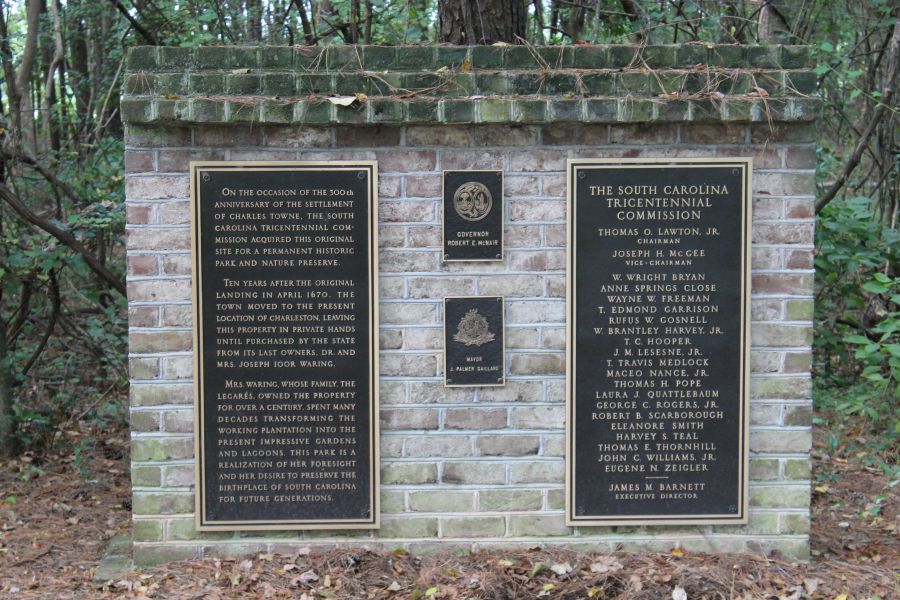 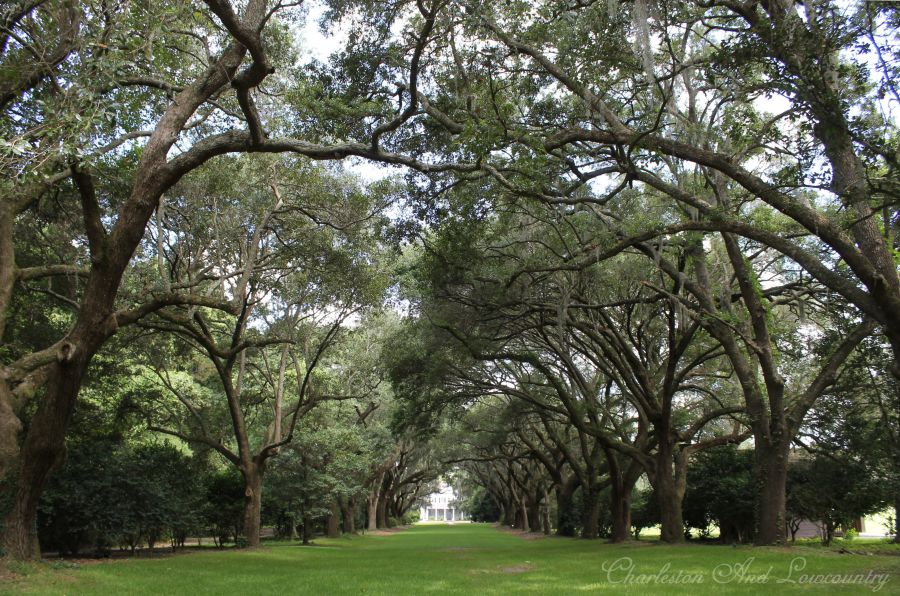 While this site is known to have been the location of the original Landing and first settlement in April of 1670, it isn't where the early colonists stayed. Within ten years they moved across the river to the peninsula and current location of the City of Charleston. The ownership of the Old Charles Towne property changed hands several times over the years until it ended up with the Legare family in the 1800s. In the 1930s, Ferdinanda Legare Waring, heiress of a portion of the Legare estate and wife of Dr. Joseph Waring, purchased the entire estate from other members of the Legare family. At that time the Old Charles Towne property was nothing even close to what visitors see today. Mrs. Waring was a true lady of vision and determination. With the help of employees from her other businesses - a floral shop and an egg farm, she began the transformation of the old neglected property into the beautiful historic park and gardens you see today. Prior to South Carolina's tricentennial celebration in 1970, Ferdinanda Legare Waring's on-going efforts to preserve the birthplace of the State of South Carolina for future generations became an even greater reality. She sold the property to the State of SC and made today's public trust, Charles Towne Landing State Historic Site.

The museum, the trails, the zoo, and the Adventure Ship are all wonderful experiences for the entire family. What's really great is that there's more - events and family fun experiences that promise to educate as well as entertain year round. Take a look at the Events Calendar. There are also opportunities to become an active part of keeping, preserving, and enriching Charles Towne Landing Historic Site for current visitors as well as future generations. Check out Friends Of Charles Towne Landing.