Brad and Jennifer Moranz are responsible for the creation, direction, choreography, and performance of the "Charleston Christmas Special" as well as two other full-scale Broadway type musical revues performed annually at the Charleston Music Hall.

This is Part 2 of a two-part article originating from an interview I recently conducted with Brad Moranz. Part 2 focuses on the incredible drive and energy of these two great performers, as well as their motivations, determination, and overall pursuit of excellence.

Brad and Jennifer Moranz produce three big Broadway-type revues a year. To some, that may not sound all that incredible, but according to my own limited experience with theater, just one show a year of this nature can easily consume and exhaust. So the idea of not only performing in three shows but also scripting, casting, choreographing, directing, and marketing them... well I get tired just thinking about it. So I asked Brad, "what's the motivation behind such an intense drive and pace?

We love doing this. That's all there is to it - We really do. I mean not only the act of creating shows is a joy and amazing to us. We create things that allow us an opportunity to actually perform things we want to do. For instance, next year we're doing a show about Sinatra. Well, we both Jenny and I love the Big Band era, the great American Song Book and that style of music so why are we doing this show? Well frankly because we really like this music. A couple of years back we did a show that was centered around the 1960s - why? We love Motown, we love beach music, we love the Beatles you know it's the era we grew up in. So we do things we just really love to do.

I know when there is an affirmation as to why I'm doing what I'm doing, it goes a long way toward keeping me motivated in that direction. So I asked Brad to tell me about those moments when he might say to himself, "Yes, this is what it's all about".

Well there's two aspects to what we do. There's the creative aspect, the other is the performing aspect. In the performance of it, you discover whether the creative aspect worked. When we create something, we're constantly looking at each other going "will this work? Is this funny? Is this moving? Is this whatever?" and all you have to go on is your gut instinct. Your gut instinct comes from experience and it comes from a lot of stuff but still, the bottom line is whatever you feel and you don't know until you get out on the stage. The audience always tells you the truth. They tell you how they feel. Whether they're laughing or crying, bored or yawning or whatever, they're honest. So the moments of reward that "yeah that worked" or "wasn't that fun" or wasn't that whatever you intended it to be. Those are some pretty amazing moments. And if at the end of the show somebody walks up to you in tears and has been genuinely moved by something, the sense of gratitude that you have having been able to be a part of that is amazing. Or if they're crying from laughter or crying for joy or whatever. If you've moved somebody... Life is so hard right now. It doesn't take a whole lot to look in the Newspaper and realize that life is hard. And the only thing we have to offer anybody is the opportunity to see that there is joy in the world still. There's hope or there's something you know and if we do that then... well that is what it's all about.

Live performances can get tricky. There are no second takes and what can go wrong frequently does go wrong. I've seen such occurrences on stage handled in various ways. Being certain that these guys have had their share of such experiences, I asked Brad how they handle it.

Well for people who come to our shows on any kind of regular basis, they now actually come to the show waiting for something to go wrong. Because Jenny and I come from the Carol Burnett, Tim Conway, and Harvey Korman school of comedy. So you know when things went wrong that's when that stuff was at its best. So that's what we love to do. We just wait for things to go wrong and enjoy the moment... So it's all good.

Brad and Jennifer have been successfully producing Broadway-style shows in the Charleston area since 1995, and specifically as Moranz Entertainment since 1998. I think anyone that has ever started or attempted to start their own business will know exactly what I'm saying when I say, "success does not just happen". There are keys and principles that if not applied, success will not follow. I asked Brad to share – what he considers to be the greatest key(s) to the success of Moranz Entertainment.

Persistence, always persistence, because it doesn't matter what you're doing. Most things are going to be a little difficult, it's just the way life is. if you want it badly enough and you feel passionate about it and you have a god-given gift to be doing it because passion alone and persistence alone is not going to do it, but talent alone won't do it either – So to me, it's a combination. if this is what you're meant to be doing, hang in there and keep doing it. And I believe the world will let you do it. It will want you to do it and will embrace you in that effort. When I look at Jenny perform, there is no doubt in my mind that the good Lord wants her in front of people making them smile and laugh – there's no question about it. She has said similar about me. I don't think about it for myself but I see it clearly in her. 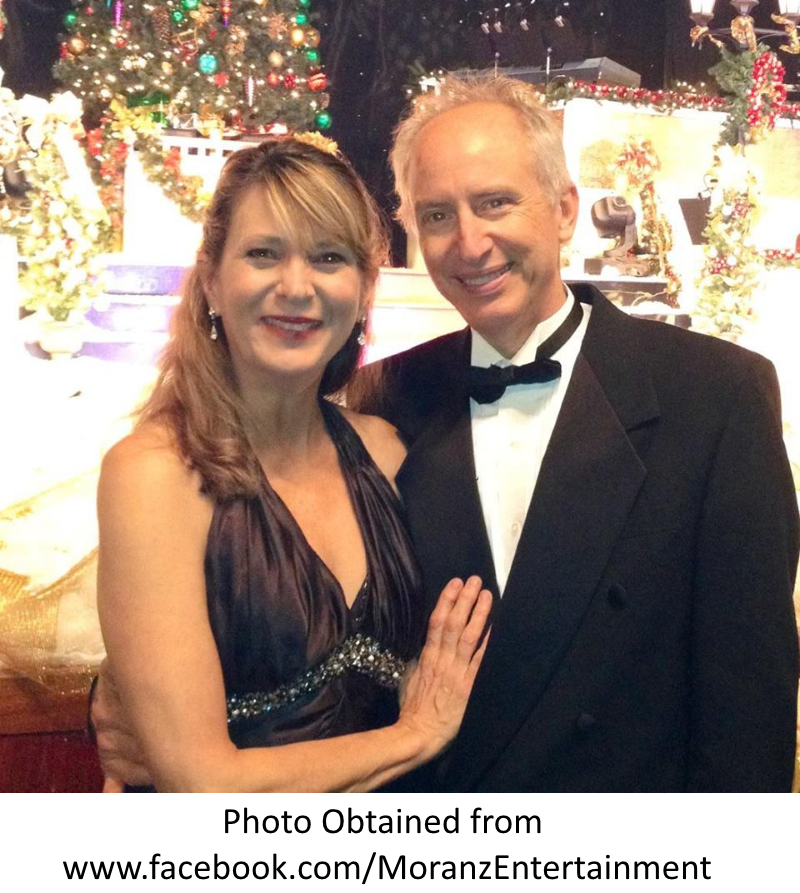 Teaching is not something for which I believe everyone has a talent. So a teacher that has a talent for teaching as well as for the subject they are teaching – well that's a wonderful thing, especially for their students. It became apparent to me that Brad Moranz is both a talented performer and teacher when I asked him if he had any advice or encouragement for young aspiring entertainers and I received a valuable lesson from the teacher:

Yes, well I do teach a lot, and what I've learned over time when we put a show together; I find myself teaching everybody that's in the show because I can't help myself. I also teach tap at Charleston Dance Institute and sometimes I do master classes at the School of the Arts. But we are all learning from whatever and whoever came before us and then we filter what we've learned through who we are and our own experience and what comes out is a whole new thing whatever it is. But in order to get to that - to get to whoever it is you want to become, you have to study everything and everyone that's come before you... and benefit from all that. Always have your eyes and ears open, what can I learn, and you're always learning not only what to do but you're learning what not to do. If you can just do that your whole life. It never stops. You can continue to become the best that you can be. You don't become great. You don't become something that necessarily has an end result to it. You can become the best that you can be. So that's what I try to get across to everyone.

This being the month of December, I want to conclude this article with a plug for The Charleston Christmas Special Presented by Moranz Entertainment. The show runs Dec 8-23. Seats are filling up fast so don't wait too long to purchase your tickets. Here's a link for your convenience: