Every Thursday, Friday, and Saturday at 10:30 AM and 2:00 PM tours are available to the public. If you like birds, learning about them and watching them in flight, you'll want to plan a visit and take the tour of a lifetime. A one of kind experience that is second to none. The world renown Jack Hanna had this to say about it, "I have traveled worldwide and seen countless centers and this is the absolute best of its kind I have ever seen anywhere. "Jack Hanna... 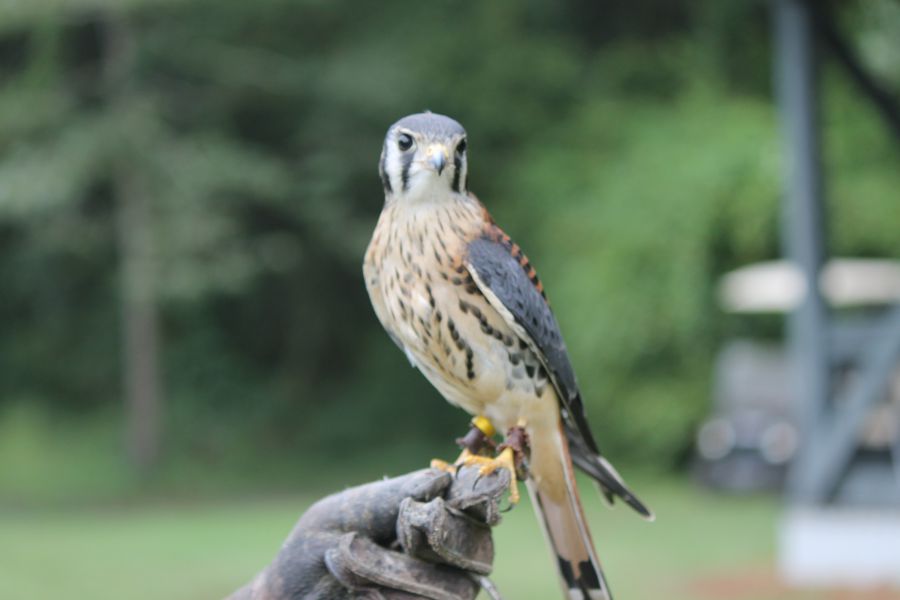 Center for Birds of Prey - Location

Located only about 20 minutes north of downtown Charleston in Awendaw, the center is home to a wide range of: Owls, Hawks, Eagles, and Vultures to name just a few. 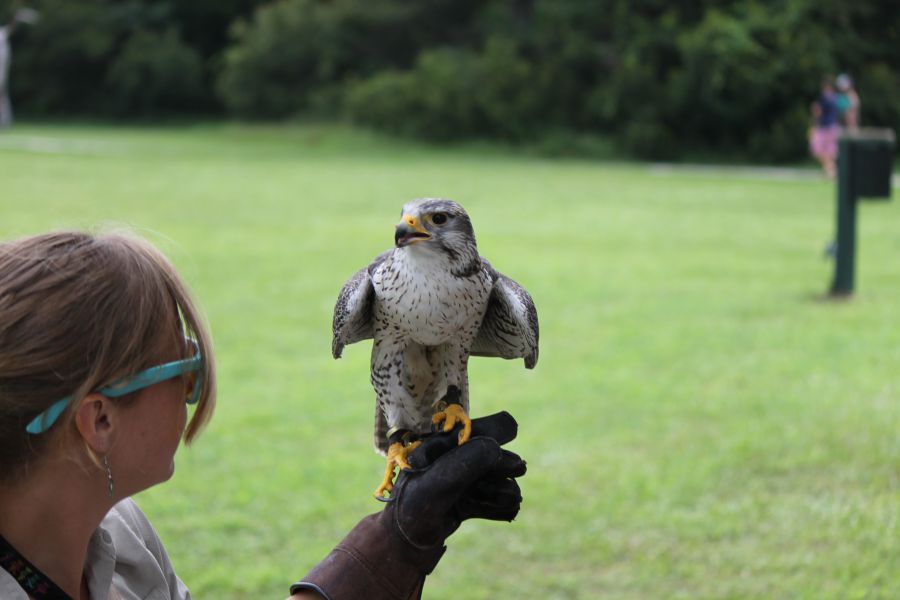 It is also home to the Avian Conservation Center hospital which can be credited for treating injured and/or ill birds and releasing thousands back into the wild since its founding in 1991. We had driven through some thundershowers on the way there, the whole time hoping our plans would not be canceled due to the rain. All was well and the cloud cover made for a relatively cool morning - for August in SC. We purchased our tickets; and while we waited for the official tour to begin, we took somewhat of a short self-guided tour.

Touring The Center for Birds of Prey

The center is adjacent to some of the marshes of Bull's Bay, and there's a viewing platform that extends out over the marsh. While the center has quite a few birds in captivity, there is an even a larger number of wild birds from the area that just hang out there; vultures, eagles, hawks, and falcons just flying around as if they're keeping an eye on us as well as the facility. When the official tour began, I was glad to see that the center's director of education, Stephen Schabel, would be our guide. His knowledge and insight coupled with his natural passion for wildlife and a desire to educate the public made for an exceptionally informative tour. 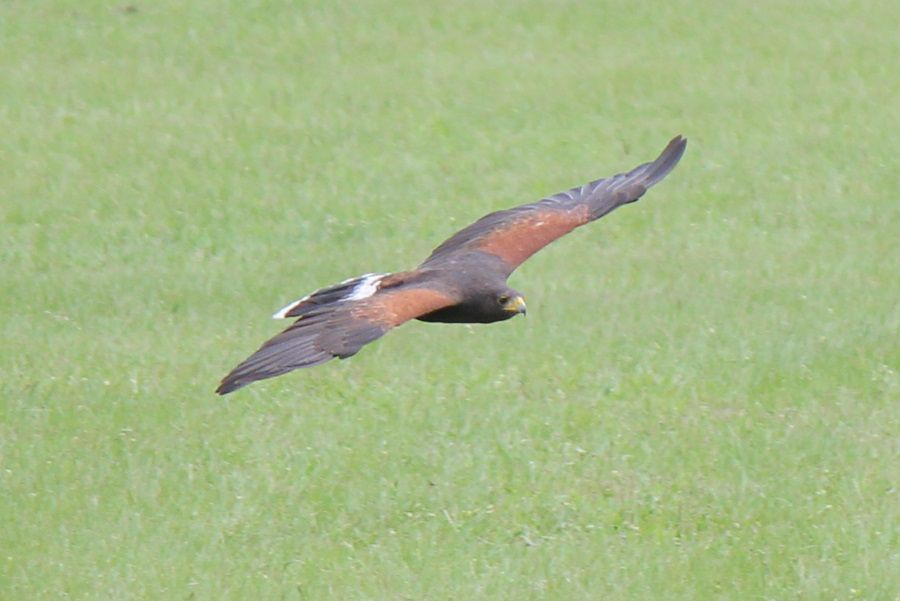 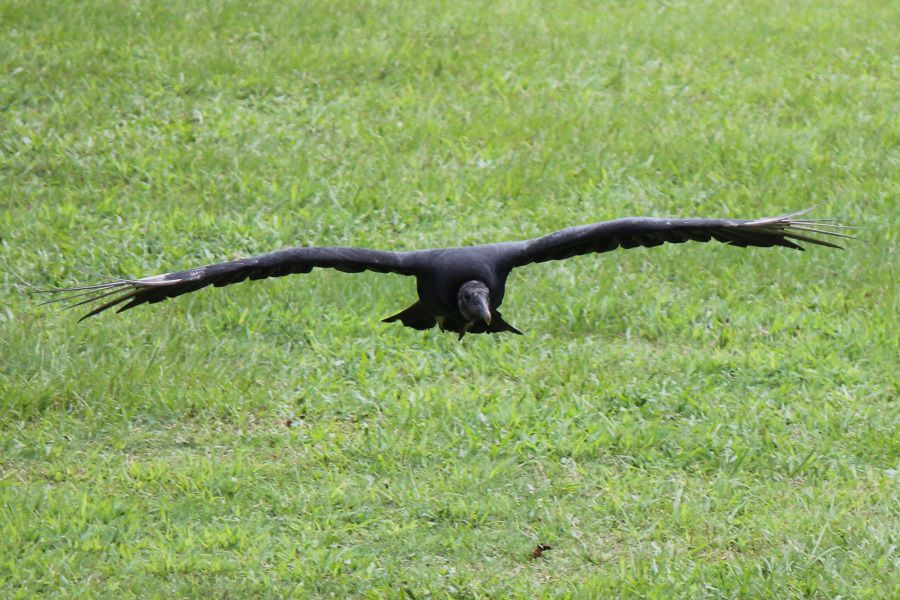 The Center for Birds of Prey Flight Demostrations

Toward the middle of the tour is the flight demonstration. In an outdoor classroom setting (amphitheater style), we were able to observe several birds of prey show off their flying and hunting prowess. It was magnificent to watch: the African Brown Kite catch his prey with his feet and devour it - all while in mid-flight; the Black Vulture, almost appearing lazy as he would glide effortlessly to his destination and hop along the ground before sanitizing the area of an already expired prey; and the hawks and falcons moving with speed and agility that's both amazing and mind-boggling as they dive-bomb their prey, capture it in mid-flight with their feet, and rip into it with their powerful beaks on the ground - (side note: the prey used during these demonstrations appeared to be steak or ground beef). 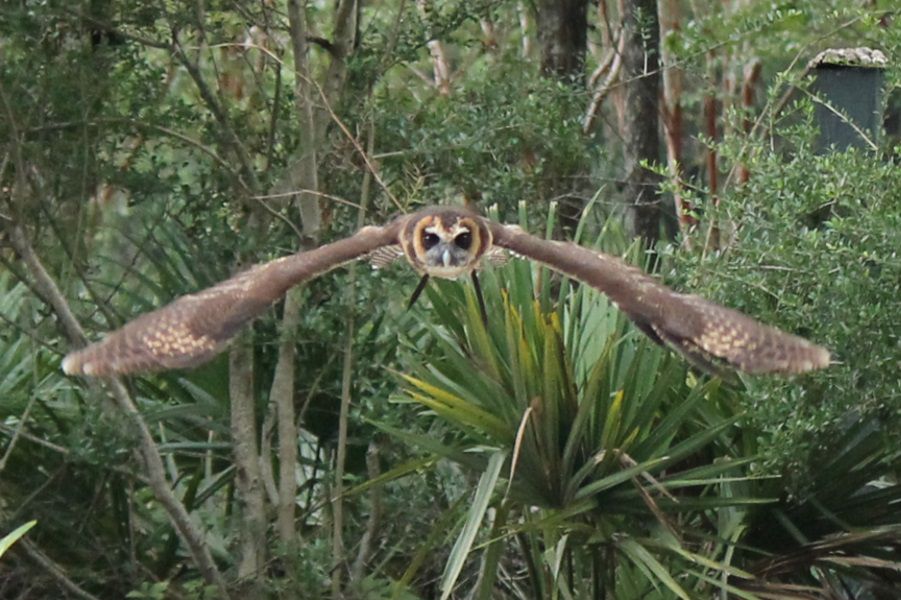 The Center for Birds of Prey Owl Habitat

After the flight demonstration our tour took us to the Owl habitat, where we were able to photograph a couple of baby owls; and within the owl habitat enclosures, we viewed more species of owls than I knew even existed. Then we had the opportunity to experience a rather close-up stealthy owl flight demonstration. I'm not exaggerating when I say that he flew within two inches of the top of my head - I never heard a sound, not even a single flap of his wings.

All during the tour as well as immediately following, the center's staff were freely conversing and answering guests' questions, which provided a relaxed, informative, and enjoyable time for all. 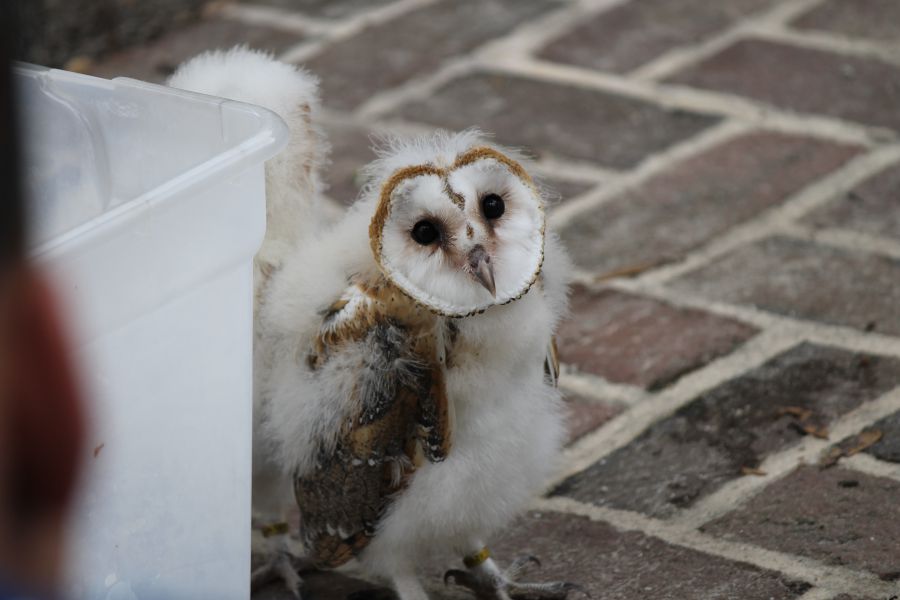 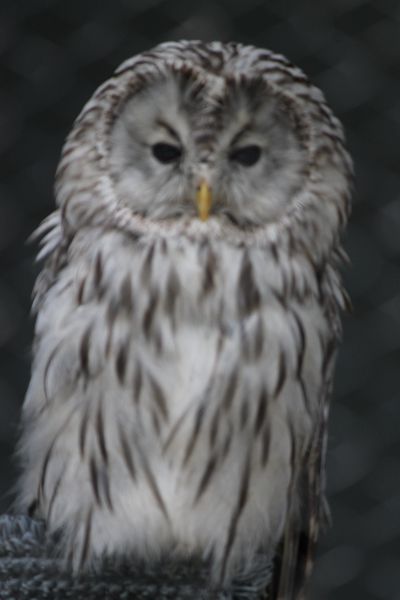 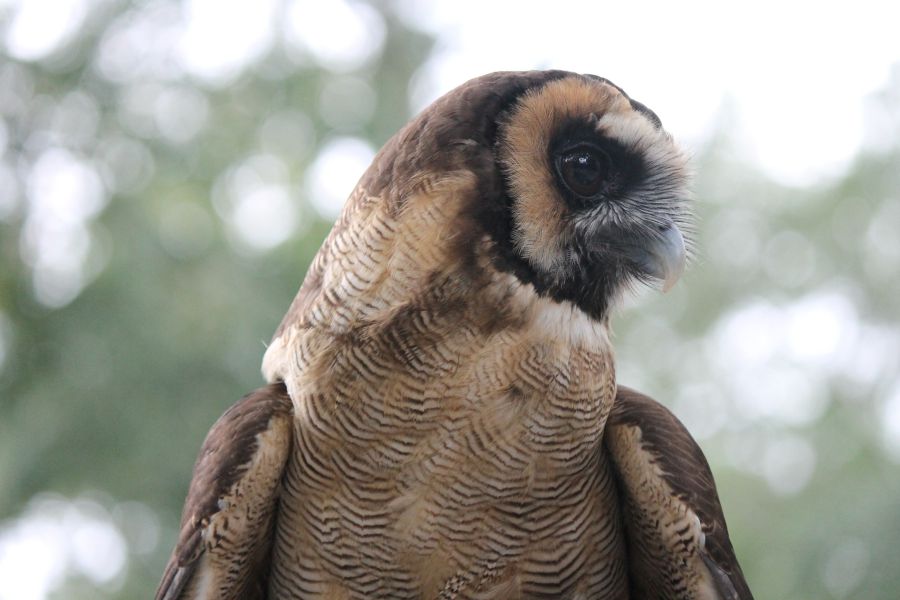