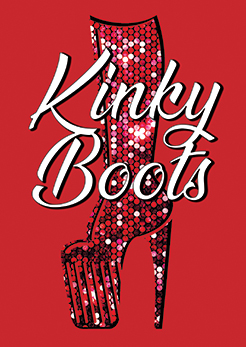 Winner of New York’s Tony Award, London’s Olivier Award, and the Grammy Award for Best Musical, Kinky Boots tells the big-hearted story of two people with seemingly nothing in common. But when Charlie, who has inherited his father’s failing shoe business literally bumps into Lola, a fabulous cabaret entertainer, their worlds collide and they discover their differences are less than the common struggles they need to overcome. With the music of Cyndi Lauper as a backdrop, Charlie and Lola learn to embrace their differences and forge their own futures which means making the sturdiest and flashiest red stiletto boots the world has ever seen!